Deontay Wilder Eliminating Snakes From Camp Ahead Of Fury Trilogy 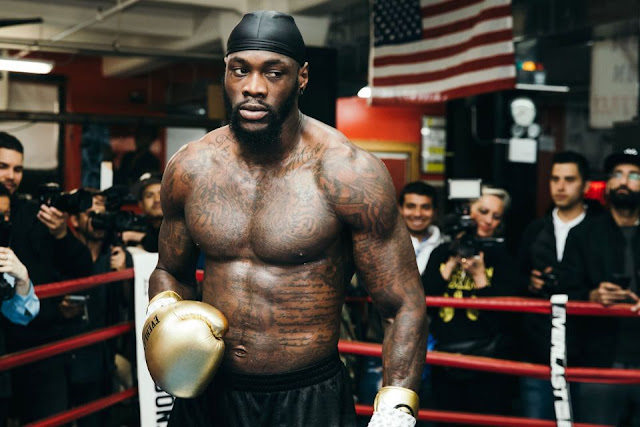 Former WBC heavyweight champion Deontay Wilder is making preparations ahead of his third fight with Tyson Fury and this begins with the elimination of “Snakes in his training camp.

Wilder lost for the first time in his professional career back in February 22nd and that ended pretty badly as he had to leave the canvas twice en route to a seventh round stoppage loss. After the fight, Wilder admitted he experienced first hand the true colours of some members in his team.

Wilder had accumulated one of the most winning streaks before his defeat and that also translates to having a large entourage but things are about to change as the Alabama knockout artist is planning to rat the “Snakes” in his training camp.

“I’m getting rid of all the snakes in the grass. This time has allowed me to dig in the weeds and see what was going on,” Wilder told The PBC Podcast.

“You can have a lot of great people around you but you can’t control the jealously of people. You think people are happy with you but everyone wants what you have but they don’t want to sacrifice as much as you. People are envious of the things they can’t have and I had to weed out and change certain things.”

Since his first loss, Wilder has been receiving a lot of offers from numerous trainers, coaches and professionals, with the aim of helping him out for his next meeting against Fury but this according to the 34 year old, calls for a need to be cautious.

“We’ve had a lot of people reach out but you have to be careful because some people just want publicity,” Wilder said.
“Boxing is very crooked, it’s a dirty business and you’ve got to be careful, it’s a corrupt sport as well. You’ve got to be careful with the people and their intentions especially when they weren’t around before.
“Boxing is a business like no other, you’ve got to be able to trust people and that’s the hard part. I am looking to bring someone in, we don’t have it down yet but I’ve got two people I’m bringing in. One of them always comes to camp on some basis anyway and we’ve got a great team that will be formed when everything gets back to normal.”