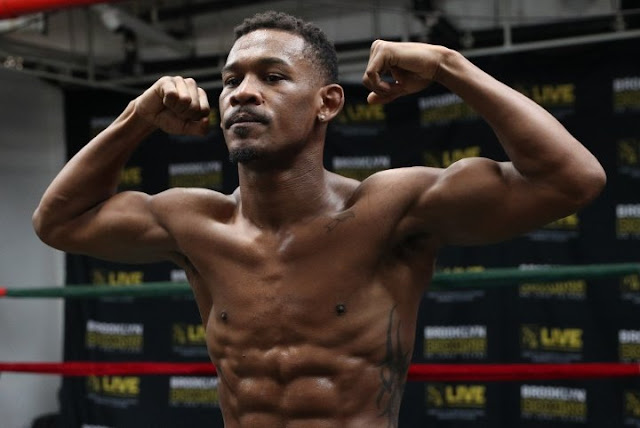 Former IBF world champion Daniel Jacobs is looking to take over the super middleweight division and has set his targets on 168 pound champions Callum Smith and Billy Joe Saunders, while taking steps towards becoming a future Boxing Hall Of Famer.

Daniel Jacobs made his super middleweight debut against Julio Cesar Chavez Jr last year , when he made the Mexican retire on the stool after five rounds of wild exchanges in Phoenix, Arizona

Jacobs, nicknamed the “Miracle Man”, held the WBA middleweight champion from 2014 to 2016, before losing it to Gennady Golovkin. He then had another title stint in 2018, when he won the IBF title before losing to Mexican boxing star Canelo Alvarez in a unification fight during Cinco de Mayo showdown in Las Vegas last year.

The two Champions targeted by Jacobs are both promoted by Eddie Hearn. Callum Smith holds the WBA and Ring magazine 168 pound titles , while Billy Joe Saunders holds the WBO version of those titles. Jacobs believe that this fights will be easy to make as they all are promoted by Eddie Hearn’s MatchRoom Boxing but before then, he will have to defeat Philadelphian Gabriel Rosado, when boxing returns.

“I want to be a Hall of Famer one day and winning a belt in this weight division is what I need to do to achieve that,” said Jacobs. “You are going to see the best version of Daniel Jacobs now and I’m looking at the likes of Callum and Billy Joe, both of those fights make sense.
“Looking at my track record I have really fought some good guys in the last two years. I have been able to face the best in the division in my era and that’s what makes me most happy.
“It only makes sense for me coming into this division to fight the very best,” said Jacobs. “I want to be able to prove that I am the best. As well as wanting the big fights, there is also the fights where you want to settle the debt which is what I have always said about that little nag Gabe Rosado. If we were to fight in New York or Philadelphia then great, it’s onwards from there. He is just a hater who wants my position.”

Jacobs has also made clear, he will be open to taking fights behind closed doors as he places trust on his promoter Eddie Hearn to make the environment save, while other Sports and promotions take the side lines till the Corona Virus issues are completely solved.

“I would like to fight this year, but we don’t know at this time,” said Jacobs. “We don’t know how long this process is going to take. Fighting behind closed doors would be a strange experience but if I felt that the fans wanted to see me fight then I would make that sacrifice for them, it would be cool.

“It was Eddie’s slick hair and nice suits that drew me here! I loved the appeal of how Eddie looked after his fighters and it was a great opportunity to be the first signee of Matchroom Boxing USA, I couldn’t ask for a better situation, being a part of this has been epic.
“I will always have my involvement in the sport, whether that’s commentating or having my own fighters and I will know when it is my time to explore those new things in my life. Firstly, I’ll be giving it a good go in the Super-Middleweight division.”