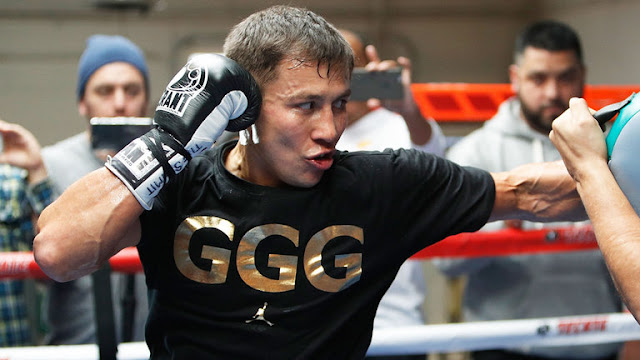 Hall Of Fame Trainer Teddy Atlas believes that a trilogy between boxing Star Canelo Alvarez and Former Middleweight King Gennady Golovkin is coming too late and will not have as much appeal as their first two meetings.

Canelo could ones again wrap his gloves for another big battle with his arch rival GGG, come medical independence day this coming September, ones the Corona Virus pandemic has subsided. However, Atlas believes the fight has gone way past its expiry date.

DAZN has both fighters under their umbrella with signatures that are far more lucrative than most professional footballers but this was a means to secure third lucrative meeting between the two. However, Canelo seeks a very huge chunk of their available purse for the third meeting, stalling the fight, while flexing his part of the contract due to his wider appeal while GGG has been waiting patiently with age ticking his career to a close.

“If you heard a giant sigh of relief somewhere it was coming from [DAZN chairman] John Skipper and the other executives when finally — we think — that third fight is done,” Atlas opined on his talk show “The Fight with Teddy Atlas.”
“Maybe it’s going to save a few people’s jobs over there that they have it if they actually do have this fight hunkered down, and it actually does happen. So that’s the good news. Here’s the bad news. The bad news is it’s too late … Time has passed, people have moved on … I don’t know that interest is there anymore for that fight.”

Both fighters have engaged in two serious battles, adding that to their long list of undisputable boxing records. the Mexican Canelo and the Kazakhstan Golovkin battle to a controversial split draw in their first meeting and again, when Canelo edged him via majority decision.

Atlas believes that the GGG won both fight despite the decision loss in the second but has a thinking, those fights definitely took a huge chunk out of him and he is no longer the same fighter.

“[Golovkin] showed the heart of the warrior that he is [versus Sergiy Derevyanchenko in October]. He wasn’t right. Was it because he was sick, was it a fluke, was it an anomaly, was it that or was it what [Golovkin] is now? An older fighter, a higher that has left parts of himself in the ring, and parts of himself from the first two Canelo fights.
“I thought those fights [against Canelo] took a lot out of [Golovkin], and I think 400 amateur fights take a lot out of you. And I think when you’re at the age he’s at … What is he now? 38? He’s getting up there toward that number 40.
“I always say you don’t judge a fighter’s age in this tough business chronologically. You judge them by the tough fights they’ve been in.”

Gennady Golovkin defeated Sergey Derevyanchenko last year to claim the IBF middleweight title but that was his worst performance in years as he ate more punches in that fight than he has ever had in his fights. According to Atlas that’s called aging and that reality most times is told with a price in the ring.

“In the Derevyanchenko fight, [Golovkin] looked like a shot fighter. Yeah, I said it. I said it, you people that want to get your knives out now and your bow and arrows ready. ‘How dare you say that about my guy,” said Atlas. “It’s called Father time, it’s called nature, it’s called aging, and it comes to all of us, but we all don’t have to fight for a living … When the truth comes to you in the ring, the truth can hit you, bang, hard and fast.”