Hall Of Fame Promoter Bob Arum is looking forward to having a full heavyweight unification between WBC champion Tyson Fury and Kubrat Pulev under his promotional banner, Top Rank.

Top Rank represents the newly crowned WBC heavyweight champion Tyson Fury, who recently defeated Deontay Wilder with a seventh round stoppage back in February and also on the same banner is IBF mandatory challenger Kubrat Pulev, who will take on Anthony Joshua immediately after the Corona Virus Pandemic is over.

Fury and Joshua are both British fighters and due to the fact that both have all the available belts in the Heavyweight division, there has being a call to have an immediate undisputed heavyweight championship fight between the two.

Bob Arum really wants that to happen but wants this to take a different route.

“The fight I’m looking forward to is Fury versus Pulev, once Pulev knocks Joshua out,” the promoter insisted to Top Rank’s Crystina Poncher in an interview as part of the Catching Up With Crystina series on Top Rank’s YouTube channel.

The two British heavyweight champions were due to make a title defence this summer, but one month apart in the schedule. Tyson Fury was to make the first defence of his title against Deontay Wilder on July 18th, which would have been one month apart from Anthony Joshua’s homecoming in July 20th, against IBF mandatory challenger Kubrat Pulev. 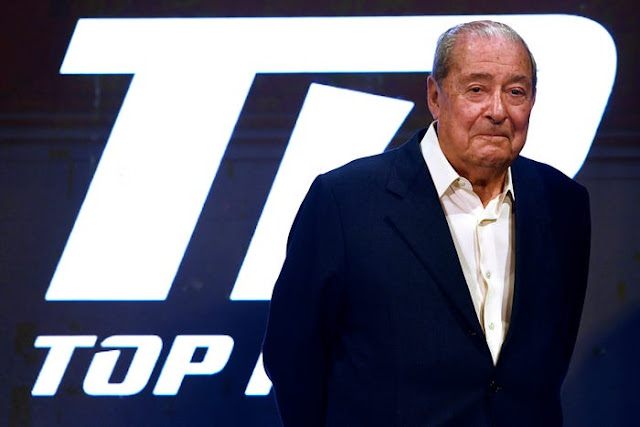 The on going Corona Virus pandemic has forced both clashes to be postponed to later this year and has motivated fractions of the boxing community to seek a straight up unification fight between the two, urging both Deontay Wilder and Kubrat Pulev to step aside.

The 88 year old Arum believes that no matter the route the fights go, it will end up in the same destination and all are favorable to him.

“I’m not counting on Joshua for Fury,” insists Arum. “Because once Pulev gets finished with him, there won’t be an Anthony Joshua.”