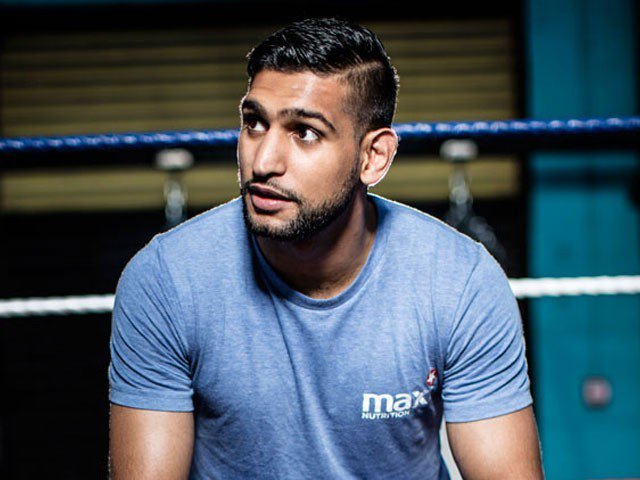 Former World champion Amir Khan still plans on getting back in the ring after revealing some days back, he is nurturing thoughts of retirement.

Khan has been out of the ring since knocking out late replacement Billy Dib back in July 2019 and before then, he suffered a technical Knockout loss to WBO welterweight champion Terence Crawford at Madison Square Garden in New York.

“Am I going to fight again? I don’t know, I’m in two minds. Should I fight? Financially, I’ve done very well for myself,” Khan told The Mirror.
“Do I need to do one more fight which could ruin my whole legacy? I don’t know the answer. I’m up against myself. I’m debating with myself should I carry on or call it a day?”

Amir Khan still hopes to one day get in the ring with his former sparing partner and eight division world champion Manny Pacquiao. Khan would love to face Pacquiao in Qatar as the development there is worth noting and according to him, had a memorable visit there.

“I like to box… I’d love to continue boxing,” Khan said to beIN SPORTS’s ‘Allo beIN’ show.
“And whenever I see my trophies and my achievements, it boosts me even more [to continue]. I’m still in contact with most of the people who are related to this amazing sport, and of course with Nasser Al-Khelaifi [beIN chairman] from time to time, and I believe everything will be amazing.
“I want to fight against Manny Pacquiao, he’s the champion. I want to reach the level that I can fight against anyone without fearing anything. Why don’t Qatar host the event, as it’s already prepared for the 2022 World Cup? I love Qatar and I loved my last stay there.”