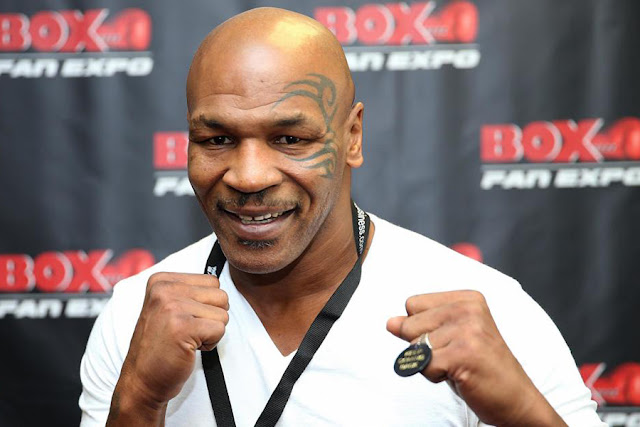 The Iron Mike got dropped in the first round but overcame that scoring two knockdowns of his own en route to claiming a decision win with scores 114-111 on all three scorecards.
The final was the only fight to get to the scorecards with the previous six bouts ending before the eight round. However, the bout had a knock out smelling right from the opening round when Tyson, one of the biggest knockout artist in history almost got knocked out.
Ali’s all round skill set was met with aggression,blending it with his power and speed to unsettle the former undisputed heavyweight champ, who sent him to the canvas with a power left hook in the first round.
Subscribe To Live Updates
On Your Favorites Sports

The second round response was very productive as a brutal over-right hand from Tyson sent the three time lineal heavyweight champion to the canvas. Ali replied him in round three but Tyson didn’t seem to get slowed down by that, constantly coming forward.

Ali was ones again in trouble in the fifth round when a right hand left the Louisville fighter on wobbly legs with another one sending him crumbling for the second time in the fight. He however beat the count again but eventually got found wanting at last on points.