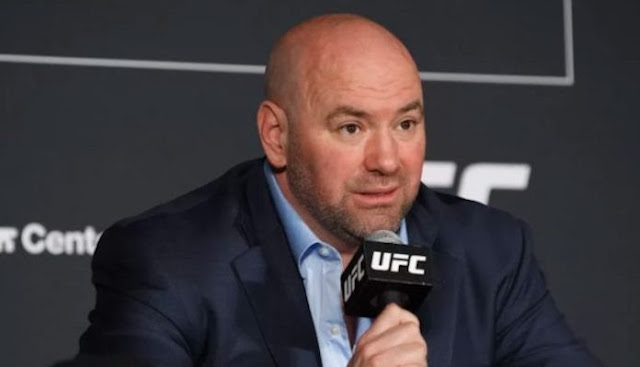 The UFC has had their own share of Corona Virus havoc in the past couple of weeks , which has seen them cancel all their events scheduled before the eleventh of April and further postponement was pending as the world struggle to cope with the situation.

However, despite postponing Fight Night events scheduled for dates before the 11th, the UFC still has a bigger priority event coming up on the 18th and that, the UFC is trying as much as possible to Save.

The UFC 249 will be headlined by match up between UFC Lightweight Championship fight between Khabib Nurmagomedov and Tony Ferguson, a match up that has been scheduled four times in the past but fail to materialise but this time the difference remains that while other promotions have cancelled their events, the UFC is working hard to make this event happen according to the UFC President Dana White.

“If you’re a fan, if you’re a media member, you’d stop doubting, I would imagine,” White told TSN. “But maybe not. We’ll see.”

The survived huge criticism when they staged UFC On ESPN+28 in Brasilias two weeks ago and almost had UFC On ESPN+ 29, initially scheduled for London held but pulled the plug after the event got restricted by UK sanctions. The UFC thought of other available venue options to stage the event before calling it off after their unsuccessful try.

White said that every step by the promotion has always been according to Government requirements in each of the host nations and that the staging of UFC on ESPN+ 28 was done as the Government reduced the numbers for gatherings to 100 and UFC On ESPN+ 29 got cancelled as required numbers were reduced to 10.

“We followed and complied with all the rules,” White said. “Every time they came out and said – I don’t remember what the first number was, then the second number was 50 and we figured that one out – and then when the number got to 10? We’re good, but we can’t pull that one off.”

The UFC 249 was pulled away from Barclays Centre, which was to be the Venue and no new venue has been selected. However, the UFC President Dana White has vowed to give his all to make the event happen.

“If you asked me questions 10 days ago, I could answer any question you threw at me. I don’t know a lot of things right now. Think about this: Las Vegas shut down the casinos. I never thought I’d ever see that in my lifetime. Khabib and Tony is going to happen. We’re going to make it happen. It’s just going to be a matter of how quickly it would go back to being normal.”
“I have my own arena,” White said. “I have my own production. I have everything. I have everything you need to put on events. So there isn’t much that I can’t pull off.”