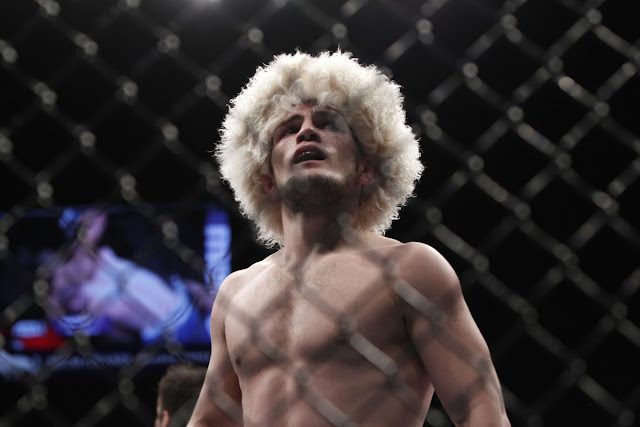 The Ultimate Fighting Championship (UFC) has so far had an event since the start of the Corona Virus epidemic but has decided to postpone all other events due to sanctions by the host countries. However, the UFC is trying their possible best to save the UFC 249 fight card, which is scheduled for April 18th.

This sanctions have forced the UFC to push the event away from the Barclays Centre which was the initial venue for the program. A new venue is yet to be announced but when a suitable event centre is announced, the UFC Lightweight Champion Khabib Nurmagomedov, who headlines the event alongside former Interim champion Tony Ferguson is ready to travel to anywhere to make the fight happen.

The UFC announced on Monday that all fights between now and the 11th of April have been cancelled but that won’t be affecting UFC 249 which takes place on the 18tb of April and the UFC is trying it’s best to save the card by moving it to places where the virus is yet to seriously disturb.

“Honestly I don’t care,” Nurmagomedov said Tuesday during an Instagram live chat hosted by his manager, Ali Abdelaziz. “It’s going to be good if fight happens in the U.S. because I am here already for like one-and-a-half month. I’ve been training, and from this day we have like 30 days before the fight. Almost one month, and it’s going to be very good if we fight here in the U.S. But if not, any place. Any place, I don’t care.”

The fight between Ferguson and Khabib Nurmagomedov have been scheduled four times in the past and still the fight is yet to happen and if this doesn’t take place that will make it five and Khabib only wants it to happen no matter what, as long as the fighters and their families are healthy

“The most important thing is to be healthy,” Nurmagomedov said. “If we’re healthy, our family is healthy – this is the most important thing right now. We have to take care of ourselves. But if we’re healthy, OK, on this card, we have 13 fights. That’s 26 fighters and their corner. If they’re healthy and the UFC people who make show, like judges, athletic commission and everything – we need maximum 100 people inside the arena. Close the arena, 100 healthy people come inside and make the show. Put the camera, turn on pay-per-view, and all of us can make money. Everyone can fight.”

Staging the UFC 249 fight card at this the will mean a lot to an average UFC fighter because it will help entertain Fans who got stuck at home due to the virus or are under quarantine, which is the perspective Khabib brings to the table.

“People who have quarantine and sit home, they have fun, they watch fights,” he said. “Fighters go to the arena, they have fun, they do their job. I think we just need maximum 100 people to make this fight. One arena and 100 healthy people around and put a couple camera and show this around the world – the two best lightweights of all time. This is a very important fight.”

The lightweight champion is presently eager to settle his qualms with Ferguson and thereby answer the questions on who is the best Lightweight and on that note will be anticipating a call from UFC president Dana White concerning a change in Location.

“This is very important. Not just for me, for the UFC, for the fans – this is very important for the lightweight division. This is why I really want to fight with him. We have to fight, and I think the next couple days – yesterday I talked with Dana – Dana say they’re going to do everything that they can to keep this fight. We’ll see. Next couple days Dana is going to send us location.”