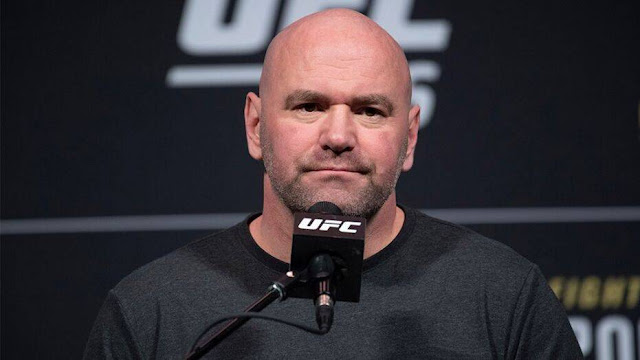 The date for UFC 249 is fast approaching and everything still seems blur as the venue for the fight is still in the shadows,looking uncertain and obviously looking impossible due to travel bans, gathering restrictions and lockdowns in most parts of the world, due to the Corona Virus Pandemic.

However, the UFC is adamant on making the show happen and the President Dana White has promised the fighters will have access to the best medicine care at the event than, when they are at home by themselves while speaking to Frank Warren on the British boxing promoter’s Heavyweight Podcast,.

“The thing is with my fighters is, when they’re with me, they’re getting the best medical attention they could possibly get – better than if they were home alone by themselves, or whatever their situation is,” White said.
“I’ve reached out to everybody – not just my employees that work for me, but my fighters, too. If them or a loved one becomes ill and needs me, I’m here. I will do everything in my power to help and take care of them. So that’s a given, always. And this fight (at UFC 249) will go on.”

Presently there is a big question on where the event will be taking place as governments around the world are tightening regulations and restricting movements whole trying to find a solution to the fast spreading virus and other he only person , who definitely seems to have an answer isn’t saying a word.

Frank Warren, who was also in need of an answer three in a few suggestions to help pull out an answer, which also included famous Alcatraz prison in San Francisco Bay, or the possibility of holding an event on the deck of an aircraft carrier.

“Believe me, people have been talking about that,” White said of the aircraft carrier suggestion. “I haven’t resorted to that yet, but that’s probably coming soon.”

White is very secretive with his place for relocation to him, interested especially the media are not just out there to get information but also to stop the event from taking place.

“A lot of these media guys are absolute and total (expletive) scumbags,” he said. “As soon as you let them know what you’re doing, all they’re trying to do is (expletive) up everything that you’ve worked. So I’ve literally told every one of these guys to go (expletive) themselves and I’m not telling any of them what I’m doing, where I’m doing it.
“But know this: The fight is happening, April 18, somewhere on Planet (expletive) Earth. And when you need to know, I’ll let you know.”