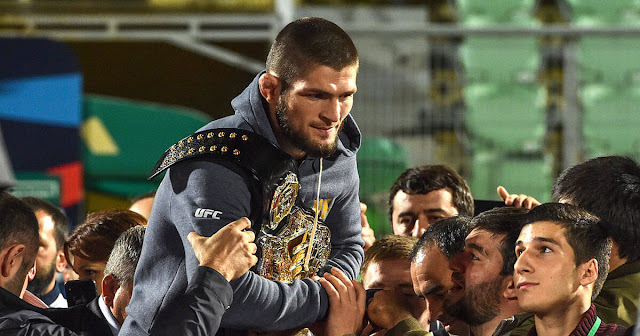 UFC lightweight champion Khabib Nurmagomedov has made his way back home to continue his preparation ahead of his UFC 249 main event fight with Former interim champion Tony Ferguson.

The fight which is scheduled to take place on April 18th has been scheduled four times in the past but failed to come to fruition however, in this case the UFC President Dana White has promised, he and his team will do their best to make the fight happen.

The fight which presently looks less likely to happen in the US is presently facing serious issues getting a new venue due to the recent Corona Virus pandemic and to make things worst, MMA Gyms have been forced to close including the American Kickboxing Academy where Nurmagomedov usually spends his training hours.

Nurmagomedov, has now moved his camp to Russia where he intends finishing the last three weeks and some days before his anticipated return to the Octagon against Tony Ferguson. A fight h believe a will decide the greatest of all time.