UFC 248 – Yoel Romero Has Got To Finish Isreal Adesanya 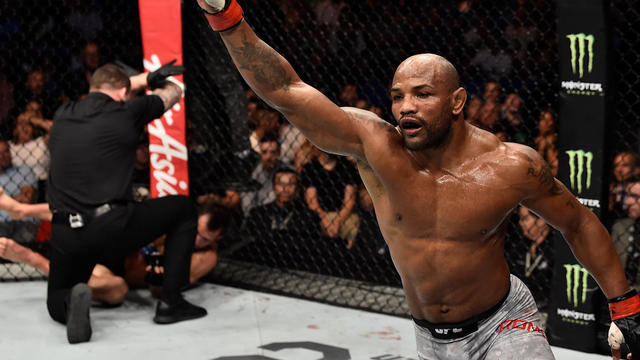 UFC middleweight contender Yoel Romero will be heading into another title challenge against UFC Champion Isreal Adesanya in the Main Event of UFC 248 and having suffered decision loses his his recent fights, plans to completely take the fight off the hands of the judges with a stoppage.

Romero (13-4 MMA, 9-3 UFC) has only lost thrice in the UFC and those fights were decided by Judges. There hisis a believe that his two defeats to former middleweight Robert Whittaker and his recent loss to Paulo Costa could have been scored in his favour.

With his recent experiences, Romero has promised to prevent the fight from going to the judges. Being 42 years of age and in what could be his last final attempt at a world title.

“Of course. I’ve got to finish,” Romero told reporters, including MMA Junkie, at a media event Monday in Los Angeles. “I don’t want to go too crazy hard, but I need to finish the fight. Me and my team have the plan to knock him out. When he makes the little one mistake – boom.”

There’s been a debate on whether the “Soldier Of God” truly deserves a title shot having lost his last three fights back to back before been awarded the opportunity to fight for the title. Adesanya actually hand picked Romero for his first title defence because, He views him as one of the biggest threats to his title.

“I don’t want to fight with No. 10 in the rankings. I want to fight with the next in line – the No. 1 in the line. That’s why I stay here. I don’t stay here because nobody give me nothing. I work a lot – very hard. I won the (Paulo Costa) fight, the (Robert) Whittaker No. 2 fight. It is what it is – that’s what happened.”

Romero is presently listed as a +250 underdog ahead of the show down on Saturday but the two time title challenger has welcomed the position given him and promised to prove wrong his doubters.

The UFC 248 takes place on Saturday at the T-Mobile Arena in Las Vegas, Headlined by Isreal Adesanya Vs Yoel Romero.A pay-per-view card that follows immediately after prelims on ESPN, ESPN+ and UFC fight Pass.