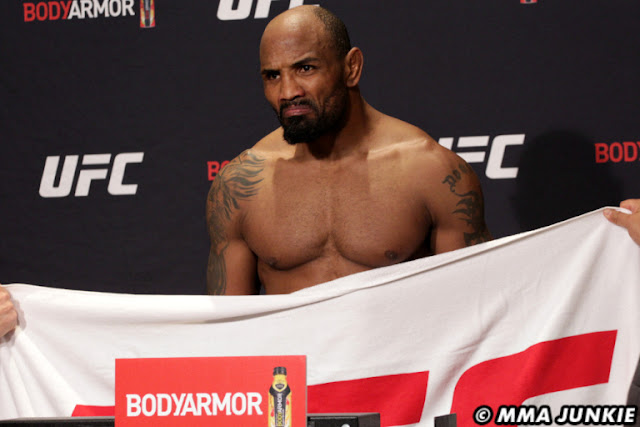 The UFC 248 Weigh In’s are done and dusted which directly means the event is official set. The event took place at the UFC host Hotel after the Ceremonial Weigh In’s at the T-Mobile Arena. The event which takes place at the T-Mobile Arena, the main card airs on Pay-per-view with Prelims airing on ESPN,while early Prelims Air On UFCFightPass and ESPN+.

Whitmire was the only fighter who failed to make weight for the fight and was charged 20% of the fight purse to ensure the fight with Polyana Viana.
Yoel Romero, who has struggled with weight issues and missed weight in his last few appearances, made weight with ease,hitting the scales at exactly 185 pounds while the champion tipped the scales 184.5 pounds