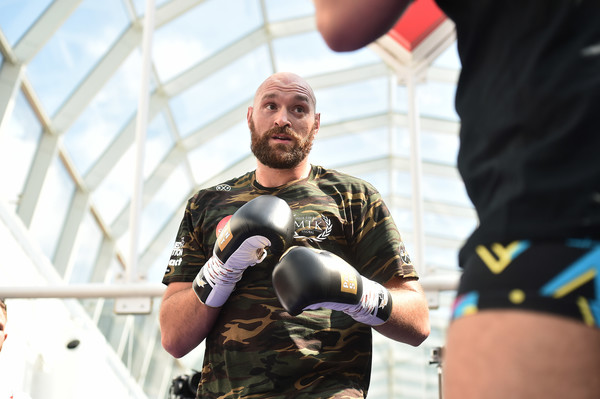 The WBC heavyweight champion Tyson Fury has urged fight fans around the world to obey government rules and authorities in their respective Countries especially the UK while, experts try their best in reducing the spread and effects of the Corona Virus – COVID 19 Pandemic.

The UK Authorities announced on Monday, the country will be on a total lockdown, which will last for about three weeks and residents will only move out to get food and Medical Assistance. This was only done as a preventive measure after death counts grew to almost 400.

Tyson Fury is enjoying his second reign as a Heavyweight champion and is less than from his seventh round stoppage victory over formerly unbeaten knockout artist Deontay Wilder at the MGM Grand Arena.

Tyson Fury is presently preparing for a trilogy fight with Wilder in the summer but the fight date seems uncertain due to the Corona Virus pandemic currently ravaging different parts of the world right now.

“I would just like to say that I hope everybody is keeping well and staying safe and staying indoors and not going out because of the virus. After listening to what the prime minister said, I’ve taken it deadly seriously, as should you,” Fury said.
“Let’s fight this virus together as a nation, as a family and as a team, and do the best to help others not get the virus. Stay indoors, it’s very, very important, listen to Boris and stay indoors.
“I’ve had a person bring the gym over to me today. I’ve got a running machine, weights, a few free weights. I’m going to keep fit, and post daily videos of myself training and working out to keep you going and to keep me going. Everybody knows without the gym I’m finished. God bless, stay safe and stay indoors.”