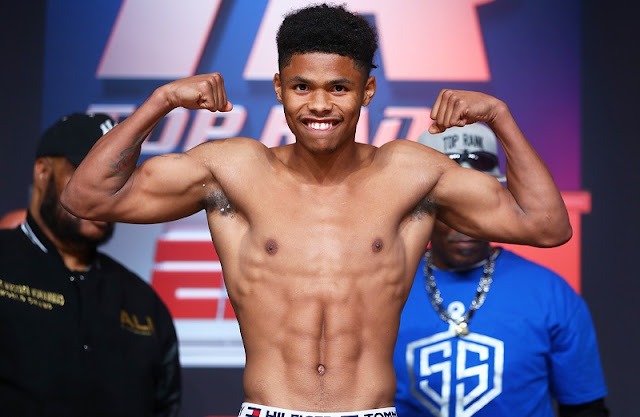 Shakur Stevenson who is tipped for greatness and regarded as the next pound for pound star will be defending his WBO featherweight title for the first time against former three time title challenger Miguel Marriaga at the Hulu Theatre at Madison Square Garden on March 14.

The co-feature will have former world champion Jesse Magdaleno take on another unbeaten rising prospect Sakaria Lukas on a card the will be aired live on ESPN and ESPN Deportes, kicking off at 10:30 p.m. ET/7:30 p.m. PT.

Stevenson (13-0, 7 KOs), a 2016 Silver Medalist was the first to win a world title among those from the Olympics, defeated Joey Gonzalez via unanimous decision to win the vacant WBO featherweight champion and down in his records are notable wins against former world title challenger Christopher “Pitufo” Diaz and Alberto Guevara.

Columbian knockout artist Marriaga (29-3, 25 KOs) is riding on a four fight winning streak and will be hoping to finally claim a world title in his fourth attempt after losing his former three attempt s to Vasiliy Lomachenko, Oscar Valdez and Nicholas Walters. He has Knockout his last four opponents and has been campaigning for a shot at Stevenson’s title.