Ryan Garcia –  Jorge Linares Will Get Retired After The Fight 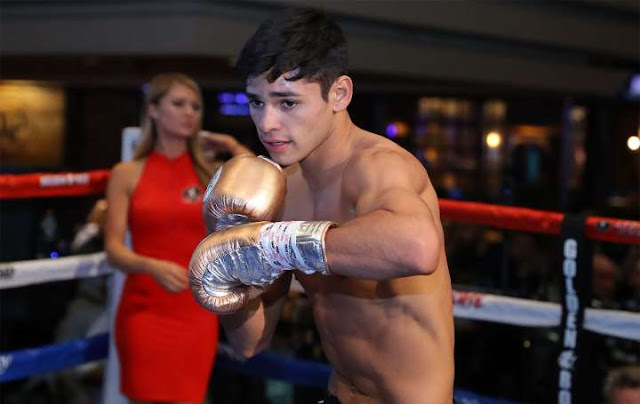 Ryan Garcia is having the time of his life after carrying out back to back first round Knockout victories over Romero Duno and Francisco Fonseca.

Garcia is only 21 years of age but he is already calling out the likes of Gervonta Davis and Devin Haney. That’s aside as, he is presently preparing for the most important fight if his career and against the most formidable of all his foes in Jorge Linares (47-5, 29 KOs).

“Everything I do in boxing is calculated,” Garcia said in an interview with DAZN. “So Linares, it’s all good and dandy. You had a great career. I have respect for you in that regard. Linares, all kudos to him. One thing he doesn’t have [is heart]. I’m going to test that when I see him.
“If he comes forward, he can’t get me. Even if he goes backward, I’m getting him. You’re going to get countered. Don’t throw that shot. I try to put fear into that guy’s mind because he knows it’s going to come.

“I’m going to f—- knock his a— out. He’s an old lion. I’m going to get him out of there. He’s going to be retired after my fight. I’m going to calculate my shot and hit him to where he can’t get up. I’ll say it like that.”

Garcia and Linares were expected to meet in the ring in the eleventh of July at the Staples Centre though an official announcement is yet to be made. However, the Corona Virus has everything Boxing and Sports halted at the moment till further notice.

The 34 year old Linares served as a co headlined to Garcia’s fourth round knock out victory over Carlos Morales and will despite the uncertainty be hoping to teach the the youngster a couple of lessons when they both eventually meet after the Pandemic.

Three division champion Linares was last a world champion back in 2018 when he lost his WBA lightweight title vis 10th round knock out to Vasily Lomachenko despite dropping the Ukrainian earlier in the fight. Linares also held titles at featherweight and super featherweight.
Ryan Garcia Vs Jorge Linares