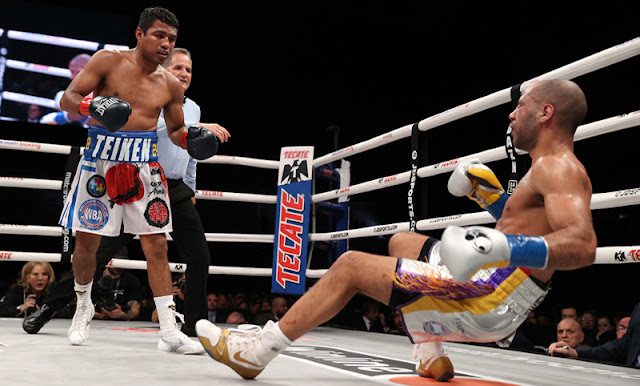 Chocolatito, who is 2½ years removed from his brutal knockout loss in the hands of former Thai champ Srisaket Sor Rungvisai, sent Yafai to the canvas with a brutal right hand, knocking him flat on his back, so brutal the referee Luis Pabon waved fight off immediately.

The ones considered pound for pound entrant and four division champion Gonzalez (49-2, 41 KOs) was fighting for the third time since being knocked out and considered out, proved critics wrong by becoming a two time champ by defeating Yafai (26-1, 15 KOs) to win the WBA super Flyweight title on the Mikey Garcia Vs Jessie Vargas Undercard.

Gonzalez noticed his opponent Yafai was fading so fast and capitalized, landing a vicious right that sent the Brit crashing to the canvas and while trying to get back to his feet the referee Pabon waved the fight off at exactly 19 seconds into the ninth round.

Gonzalez already had Yafai fatigue dbin the eight round and continued his assault as a stoppage already seemed in the horizon. After a series of combinations Kal Yafai fell to the Canvas but was able to finish the round standing.

Chocolatito was completely in charge in the seventh round and completed a one-sided unslaught on the champ and even knocked him off balance with a sweeping right hand before the end of the round.

Both fighters got involved in an accidental clash of heads early in the sixth round which left the a cut on Roman Gonzalez‘s eyelid afterwhich ,he spent the remaining minutes of the round battering Yafai’s body making him clinch when the fight. 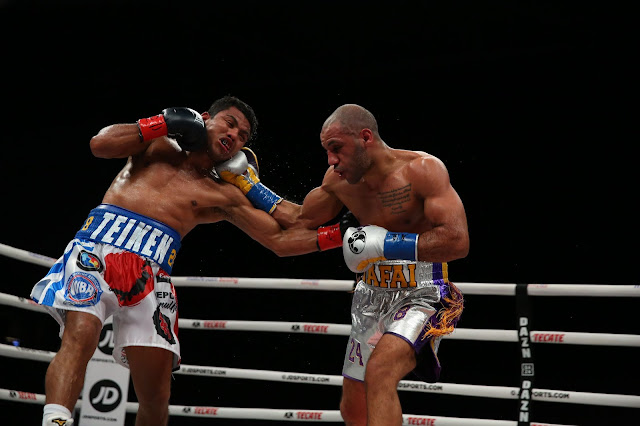 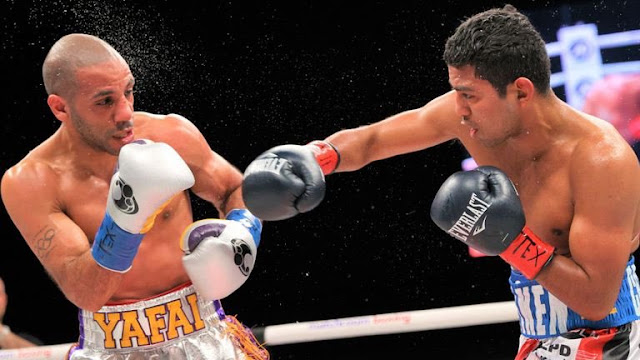 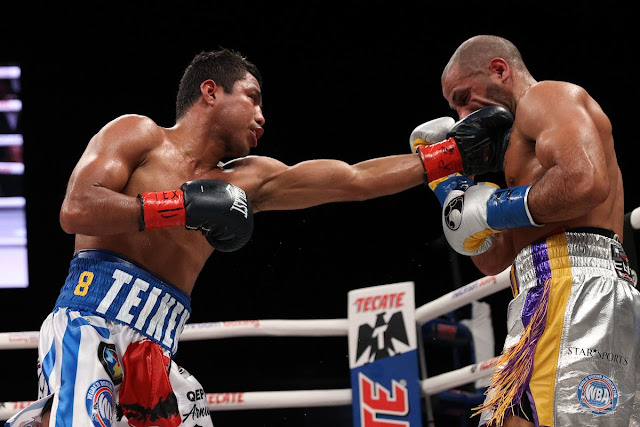 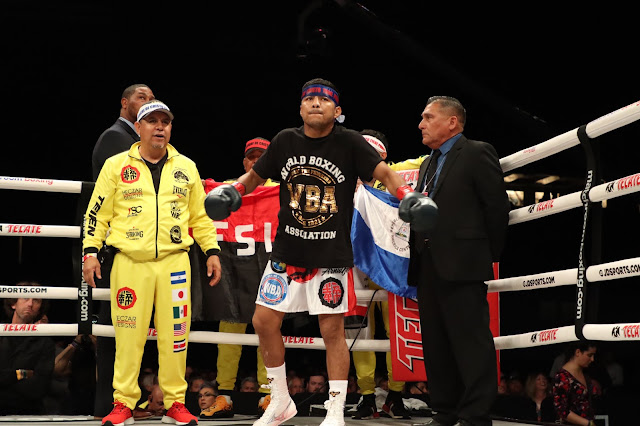 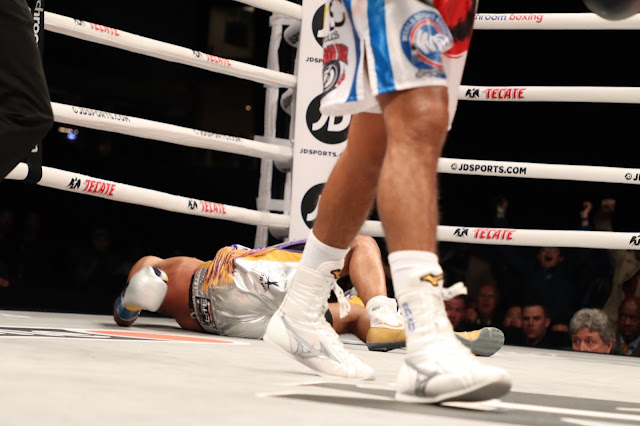 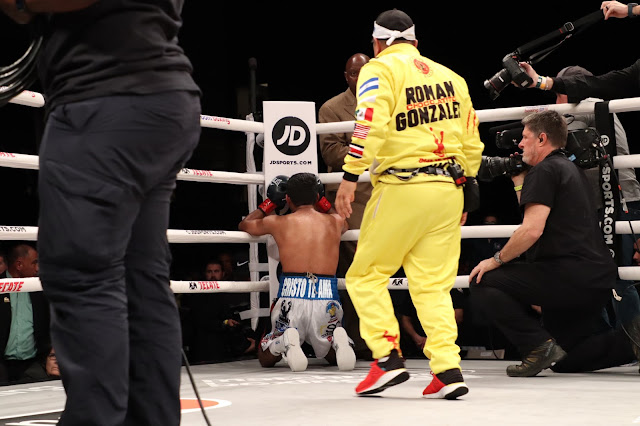 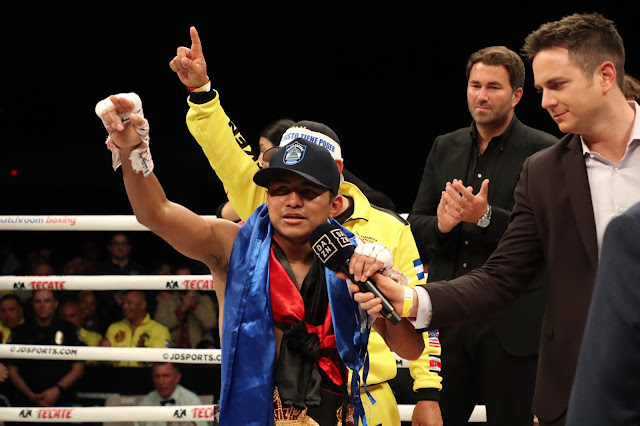