Skip to content
HomeSports NewsRoger Mayweather AKA The Black Mamba, Passes Away At Age 58

Roger Mayweather AKA The Black Mamba, Passes Away At Age 58 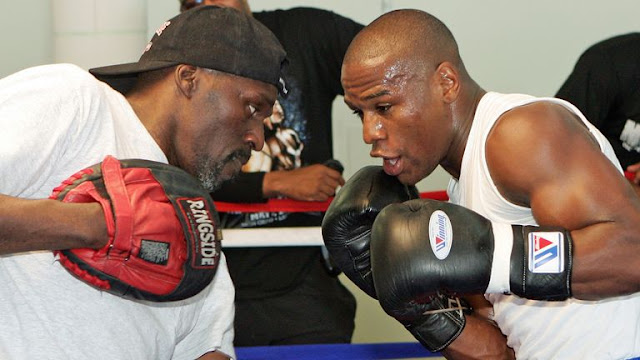 Roger Mayweather, Two – Division Champion and Uncle of Floyd Mayweather Jr. is dead at the age of 58, howbeit the cause of his death has not been revealed.

Roger Mayweather was one of the slight trainers during his active days after a lengthy career that saw him win titles at the 130 and 140 pound weight divisions. He trained Floyd Mayweather Jr. during the early days of his career but towards the end the former two division champion wasn’t able to train as his was suffering from medical conditions that came up due to the different Wars, he got in towards the end of his lengthy career.

The former five division champion Floyd Mayweather Jr. has always been vocal about the experience of his uncle and why he chosed to hang up his gloves despite having possible the big paydays and fights he would love to make.

Roger Mayweather, who got raised in Michigan rose through the ranks and knocked out Samuel Serrano in the eight round to win the WBA super featherweight title back in 1983 in San Juan Puerto Rico. He was able to defend the title twice before been knocked out in the first round in February of the following year by Rocky Lockridge in Atlantic City, New Jersey.

Mayweather, also won the WBC super lightweight title stopping Mauricio Aceves in three rounds to clinch the title back in 1988, Los Angeles and held the title title he was stopped by Julio Cesar Chavez in 1989 at Inglewood, California.

Mayweather, Nicknamed the “Black Mamba” retired in 1999 after a 17 year professional career the saw him accumulate the record 59-13 with 35 knockouts, However, he was defeated by Late Legend Pernell Whitaker who also defeated former champions Vinny Pazienza and Livingstone Bramble.

Mayweather’s death happens just a week after the death of Josie Harris, the Mother of Floyd Mayweather Jr. children, who died at the age of 40. The cause of their deaths are still yet to be determined.
Roger Mayweather