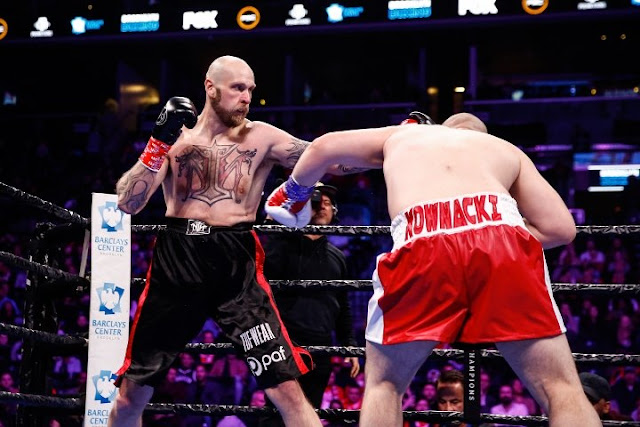 Robert Helenius defeated formerly unbeaten Adam Kownacki during the weekend but worked out of the ring with great respect for the polish heavyweight contender. Howbeit, had a few observations he would like to share concerning his defeated foe.

Helenius blasted Kownacki with a two hand hook combination in the fourth round to mark the beginning of the end for the Brooklyn Bred Heavyweight, who was fighting at the Barclays Centre for the 10th time. Helenius say he already knew he would connect before even firing the blow.

The fight which was a WBA Heavyweight title eliminator ended in the fourth round in favour of Helenius, who believes that Kownacki will have to work on his defensive tactics as his habit of abandoning defence was what opened up for the blow that dropped him and eventually l ft him vulnerable for the stoppage.

The fight ending which saw Robert Helenius dis-stabilized Kownacki with the two punch combination also saw the favoured fighter receive a 30 punch combination afterwards in a 20 second interval that prompted the referee David Fields to intervene, preventing more damage on the wobbled Kownacki.

“It’s boxing,” Kownacki said. “The referee’s looking out for my best interests, so would I wanna fight? Of course. I would wanna go down swinging. He caught me with a good shot and the ref saw I was in trouble. He did what was best for me.”

Helenius also gave Kownacki some credit for his power, also categorising him as a volume puncher and contended that Kownacki.

“He got good power,” Helenius said. “But like I said before, he’s a volume puncher. He’s breaking down opponents with putting a lot of pressure on them, and he’s good at that.”