Miguel Marriaga Defeating Shakur Stevenson Is The Most Important Thing 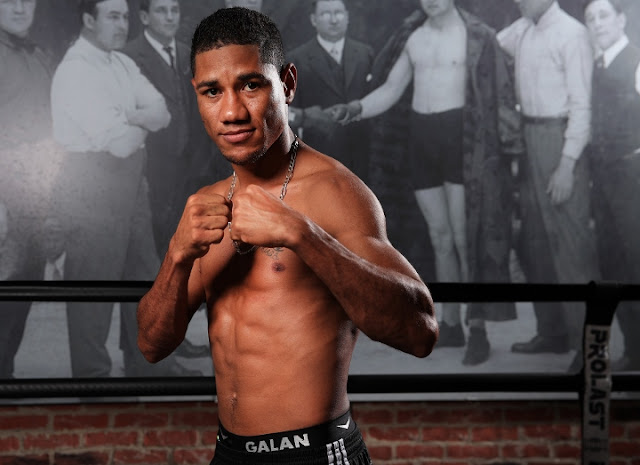 Cuban knockout artist Miguel Marriaga (29-3 and 25 KOs) made a grand entrance in New York ahead of his anticipated showdown with WBO world featherweight title fight with Shakur Stevenson at the Hulu Theatre in Madison Square Garden this coming Weekend.

Marriaga will b hoping and seem totally confident, he will stun the boxing world, upset odds and snatch away the WBO featherweight title from undefeated Shakur Stevenson in the main event of a ShowTime promoted card.

“I feel very optimistic, with the mentality of winning, of winning the fight,” Marriaga said with confidence.

Marriaga who stepped in with his full team Ricardo Maldonado Jr., professor Samuel Gómez and his compatriot Belmar Preciado have already made their way to the venue where they hope to somehow upset odds and put his career back on track.

Marriaga will be fighting in his fourth world title fight and will be hoping to finally land gold, having lost his last three to Vasiliy Lomachenko, Oscar Valdez and Nicholas Walters. Lomachenko has been the only one to stop the Columbian within the distance.

“Back at home they hope for the best, I think they always give me what is necessary for each fight, I do my job and we go for that victory and that is the most important thing,” he concluded.

After the loss to Lomachenko, Marriaga has got himself four Knockout wins in a row and will be hoping to add Shakur Stevenson to the count. Stevenson will be defending the WBO featherweight title for the first time