Jono Carroll Dominates And Stops Scott Quigg In Eleventh Round 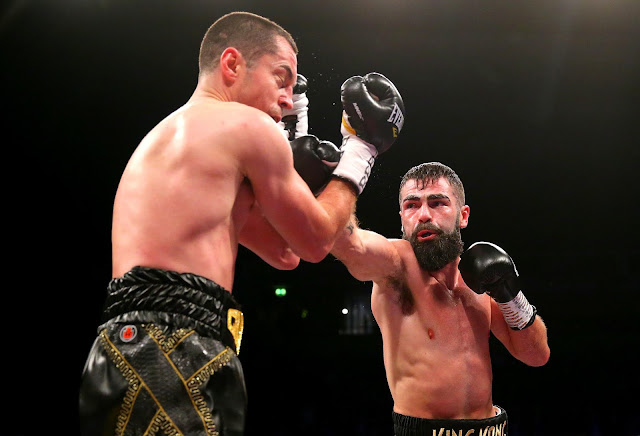 Jono Carroll won the biggest fight of his professional career with an elevent round stoppage victory over Former WBA super bantamweight champion Scott Quigg at the Manchester Arena On Saturday night.

The Irish Junior Lightweight Contender  Carrol was the better fighter in both Speed and techniques, being the younger fighter outboxed and out-punched Quigg, who might be having his final day in the squared circle.

Quigg endured a long uncomfortable night which ended with his corner throwing in the towel in the eleventh round. Quigg was totally outclassed that the positives will come from the fact that he held on and never gave up despite the beat up.

Quigg was fighting against all odds being four years older in age and was two divisions above the division he ones held a world title coupled with injuries that almost ended his professional career.

Quigg almost anounced his retirement after  the fight but stopped in his tracks as there still seem some unfinished business for him to settle in the squared circle.

“As soon as I got in there, from after the fourth round, I didn’t feel like it was there,” Quigg said to Andy Scott of Sky Sports, afterwards. “I was just chasing it. But no excuses, the better man won. “Training had gone fantastic with Joe, but doing it in the gym is totally different to doing it in here. “Fitness-wise, conditioning-wise, there was no problem, it was just the timing. From the fourth round on I was thinking this is going to be a long night.

“I’m a realist, I don’t kid anyone. There are no rash decisions, this was a must-win fight and I believe me at my peak and me at my best would have won here tonight, no problem. That’s taking nothing away from Jono, I think he has a good career ahead of him, but in my day, I believe he wouldn’t have lived with me.

Carroll made his intent known from the opening bell, quickly picking apart Quigg’s defence in the first round landing his left hand and uppercut. However, that was retaliated by Quigg, who picked up in the second round.

Quigg was the best in the second round, but that was all he had to offer the fans as he was practically beaten and dominated to the eleventh round stoppage. 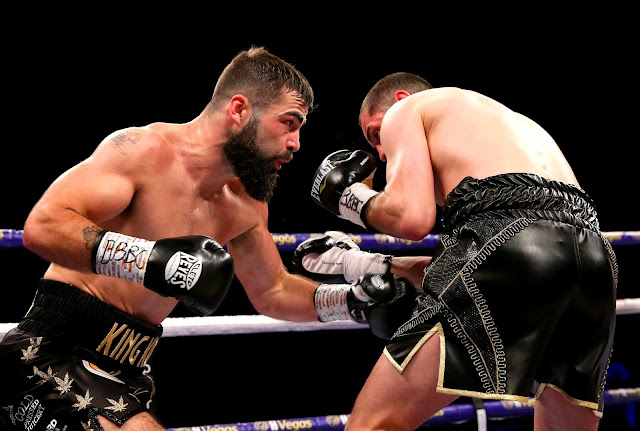 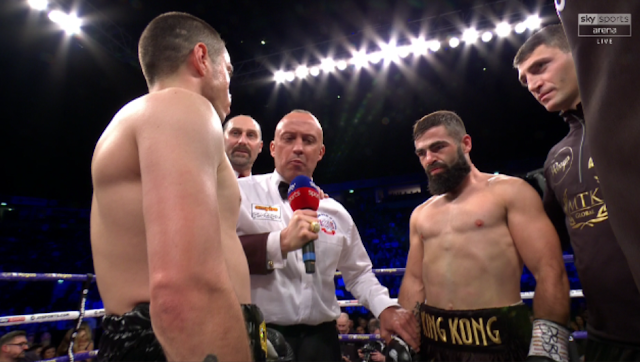 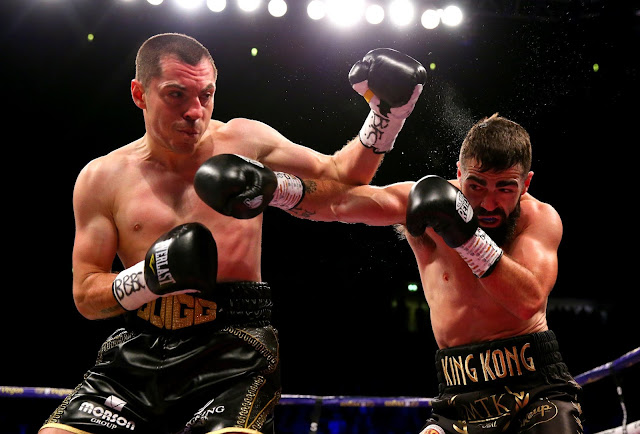 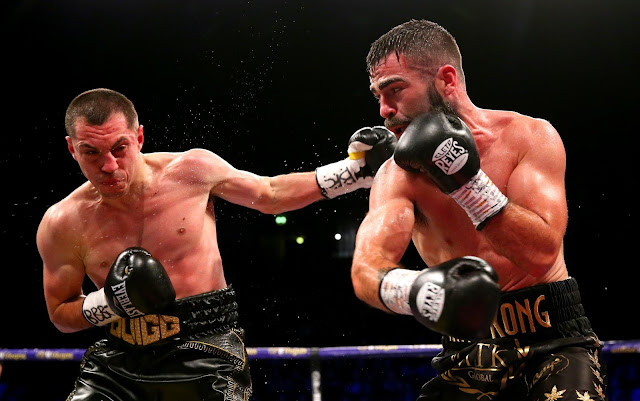