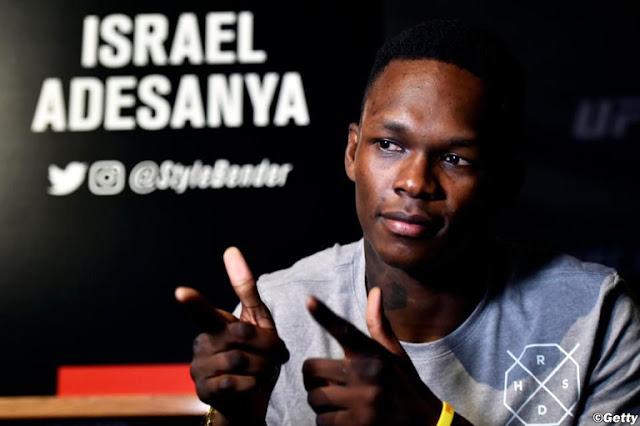 UFC Middleweight Champion Isreal Adesanya with the UFC have both been criticized for their roles in awarding the Top contender Yoel Romero a title shot despite rolling on a three fight skid.

Adesanya will be putting his middleweight title on the line against Yoel Romero this weekend in the main event of UFC 248. The Champion asked for the fight despite knowing, he is coming off back to back losses and has lost three of his past four but claims these kind of fights won’t be commonplace in his title reign.

“It shouldn’t be a precedent, but you have to understand the landscape of the UFC middleweight division was weird,” Adesanya told reporters, including MMA Junkie, at UFC 248 open workouts on Wednesday.

Adesanya was initially schedule to face Paulo Costa but Romero, whom Costa defeated in August via a split decision was made his replacement after he got injured in preparation for the clash and required a surgery, which automatically rules him out of the fight date.

Adesanya says Costa will get his shot, calling him the next in line and that directly means after taking care of Yoel Romero at the T-Mobile Arena on Saturday. live on Pay-per-view, which airs immediately after Prelims on ESPN and ESPN+/UFC Fight Pass.

“I called him (out) after the last fight, but then – come on, man,” Adesanya said. “I’m going to pop that (expletive) before USADA does, I swear to God. I want to be the first one to do it.
“He’s next in line, but I might not give him any mind (during my post-fight interview). I’ve already done that in Melbourne. The promo is already there, if you will. If you try something stupid, I’ll pop him again.”