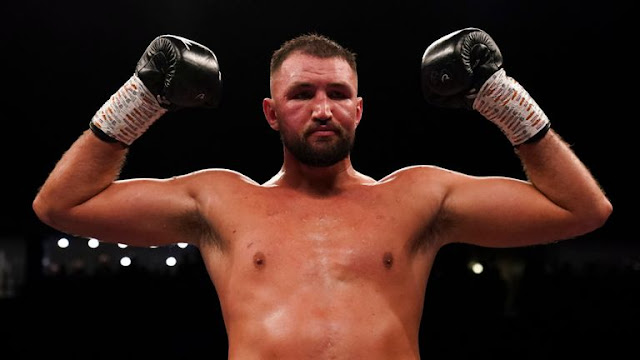 Hughie Fury, who seem to have been around for a long time has had pretty tough opponents recently, which has seen him lose to former champions Joseph Parker, Alexander Povetkin and Anthony Joshua’s upcoming opponent Kubrat Pulev. Howevrr, Fury has always been one with such a destructive power when facing smaller oppositions.

Sour, who was fighting outside Czech Republic for the first time, entered the he fight with eleven wins and two loses on his record with the biggest win on his record being Filip Hrgovic, who knocked him out in the first round of the Croatian second professional fight.

Fury noticed Sour had no answers to his right hand and kept on connecting it, eventually dropping Sour late in the second round and sent him down with another one early in the third round to earn a stoppage victory, 24 seconds into the third round.

“There is still a lot more improvement to do,” Fury said. “I’ve been working on a lot of things with my dad, switching to southpaw, giving me more rhythm with my feet and hands as well. I’m feeling a lot stronger in myself and letting the shots go better as well. There is a lot more to come, I’m improving all the time.”

Hughie Fury hasn’t been great at the top level, having been found out by all the top oppositions. He is considered as a fighter in a rebuilding process by his promoter Eddie Hearn after losing his DAZN debut to Alexander Povetkin in his last outing.

“Unfortunately, Pavel didn’t last long enough for us to see what he has got,” Peter Fury said. “I told him to relax and take his time and work on your shots. He is sitting on his shots a lot better and I am sure he is better for a lot higher opposition, because when he steps down, you can see what he does, he dispatches them.”