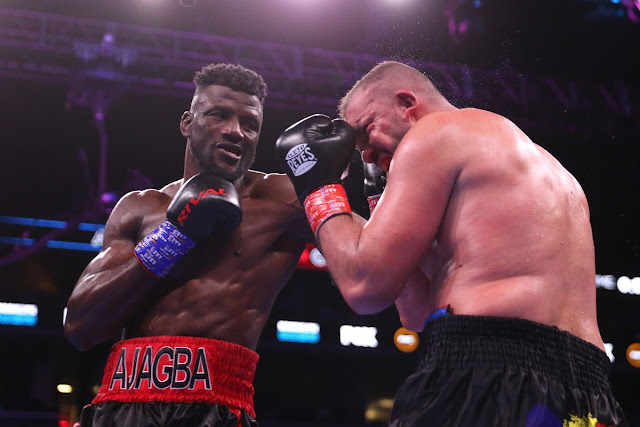 Heavyweight prospect Efe Ajagba pulled off a better performance in his first fight after a fight he considered as a poor performance, dropping Razvan Cojanu twice en route to a ninth round stoppage victory at the Barclays Centre on Adam Kownacki Vs Robert Helenius undercard.

The unbeaten knockout artist Ajagba (6-feet-6, 242¼-pound) was dropped for the first time in his fifth round stoppage victory over Lago Kiladze 2½ months ago but this time had little difficulty handling a game 6-feet-7½, 255½-pound Cojanu and was declared winner after referee Lon Lipton interfered, seeing Cojanu take a knee after receiving another thudding right hand from Ajagba (13-0, 11 KOs).

Cojanu (17-7, 9 KOs) who has been previously knocked out by Donovan Dennis, Luis Ortiz and Daniel Dubois received his fourth KO loss which spans through his nine years as a professional. howbeit this wasn’t a second round KO loss as the first three.

Ajagba in his last outing dropped Kiladze in the second round , wobbled him in the third round but the tough opponent came back to floor Ajagba in the third round. After returning to his feet, Ajagba floored Kiladze again in the fifth round before his corner threw in the towel.

Cojanu started the fight perfectly defensive but couldn’t stop Ajagba from connecting a right hand that snapped his head backwards in a row with very little action. The third round was much different as Cojanu was able to connect two right hands and a left hook which didn’t seem to affect Ajagba.

Ajagba connected a three punch combination that got Cojanu’s attention. Then he got struck by a low blow which made the referee give him time to recover 1:40 minutes to go in the sixth round.

Ajagba blasted Cojanu with a huge right that made him take a knee with less than a minute left in the eight round of the fight. Before then, Referee Lipton was close to ending the fight after Cojanu was backed up with a huge shot from Ajagba but his reply of a big one of his own made the referee let the fight continue.

A one two combination from Ajagba paused Cojanu in his tracks the another big right hand made him take a knee for the second time prompting the referee Lipton to quickly end the fight. 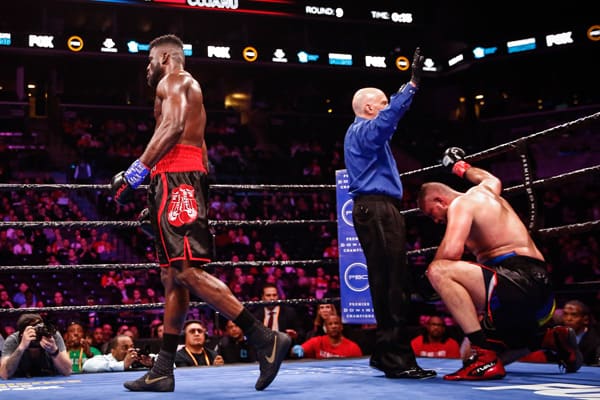 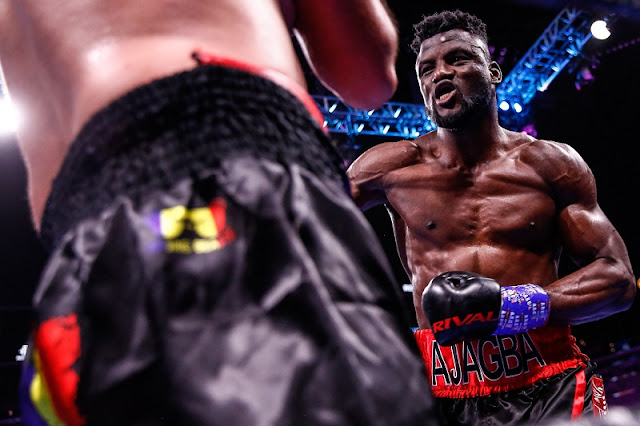