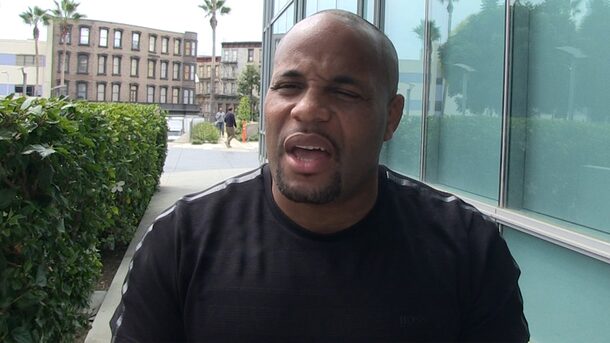 Daniel Cormier has finally commented on Jon Jones arrest and he doesn’t feel any joy in it despite their differences and disdain from one another, even from their first meeting.

Cormier and Jones have never been on the same lane personally and professionally. They have face themselves twice, first back in 2015, when “Bones” defeated Cormier via a unanimous decision and then again two years later, when he knocked out Cormier, only for the result to be overturned due to a failed drug test.

Jones latest run in with the law got h arrested last week for driving under the influence, negligent use of a firearm, possession of an open container, and no proof of insurance. This gave both professionals and Fans to rip through the Light Heavyweight Champion but Cormier isn’t taking that route.

“For a guy that has these issues, whether it be alcohol, whether it be drugs, that dead time is your worst enemy,” Cormier said on the “DC & Helwani” podcast on ESPN. “Because all those vices start to pull at you, especially when you’re sitting at home with nothing to do, especially if you’re not a person who does that a lot. Seeing him get into trouble again, a lot of people in my circle, they text me almost celebratory. That’s not me. I didn’t celebrate the kid getting in trouble again. I don’t think that you should celebrate or dance on someone’s grave in their darkest moments. You don’t do that to people.

“Ultimately are you a human being, or does this competition overtake everything? I didn’t take any joy in seeing that kid – or, at 32, he’s a man. He was a kid when he was 23. At 32, I did not enjoy seeing that man in that situation again, because it’s just bad.”

Comier has made his differences with Jones as they have both attacked one another professionally and personally after which Cormier has never been shy of expressing his feelings for the Jones.

Cormier has maintained his stand, that a change in Jones will mean a change his inner circle.

“When it was happening, people started putting us these videos of Jones and I when we did a sit-down with Joe Rogan a while back, and I was talking about how it would be very difficult for him to change if nothing around him changed,” Cormier said. “It won’t change. It won’t change until something around him or the people around him change. …
“I’ve got to be honest: For as much as I don’t enjoy that and bask in it, it’s not going to change, until someone takes a drastic action to show that the behavior is unacceptable. You’ve got to imagine how many times he’s done this. From the drug failures to the getting suspended, it’s all elevated. It’s gone from bad to worse.”