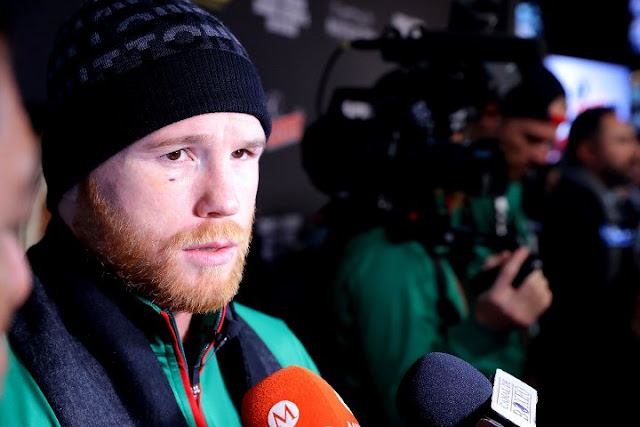 Boxing Star Canelo Alvarez (53-1-2, 36 KOs) will not be fighting in his usual May date due to the COVID 19 outbreak which is gradually eating through the American population.

Canelo Alvarez and Billy Joe Saunders were already training in San Diego and Las Vegas for their May 2nd fight at the T-Mobile Arena in Las Vegas before, the fight was postponed indefinitely due to the Corona Virus epidemic.

Canelo-Saunders is supposed to be for the WBO super Middleweight title Currently held by Saunders and the promotion for the fight was to begin this week’s Tuesday with a press conference. However, the fight was pushed to sometime in June and could still be pushed further, depending on how much the it takes to clear out the Corona Virus all issues in the US.

The MGM Resorts International, who are the Co-owners of the T-Mobile Arena have confirmed that all their Hotels and Casino’s will be temporarily closed down and no reservations will be taken beginning from May 1st, which is a day from the Canelo Alvarez Vs Billy Joe Saunders initial fight date.

The Nevada State Athletic Commission has also during an emergency meeting announced that all Boxing and Mixed Martial Art events through March 28th has been postponed and could be postponed further when they meet again to deliberate on the issues on March 25th.

Another Brit, Callum Smith (27-0, 19 KOs) is the Legitimate WBA Super middleweight champion, who knocked out George Groves in the seventh round of the WBSS Final back in September 2018 bout to win the title. Smith had stopped Rocky Fielding in the first round of their meeting three years prior to Canelo Alvarez victory over the Brit.

Smith was also consider as one of the possible opponents for Canelo before Saunders (29-0, 14 KOs) was picked for the fight. Saunders is an experienced middleweight, who has won titles in both the 160 and 168 pound divisions.

In his last outing, Saunders blasted out Argentine Marcelo Coceres (28-1-1, 15 KOs) in the eleventh round of their fight back in November 19th. He was trailing on all three scorecards when he dropped the formerly undefeated Coceres three times en route to the eleventh round stoppage.
Canelo Alvarez Vs Billy Joe Saunders