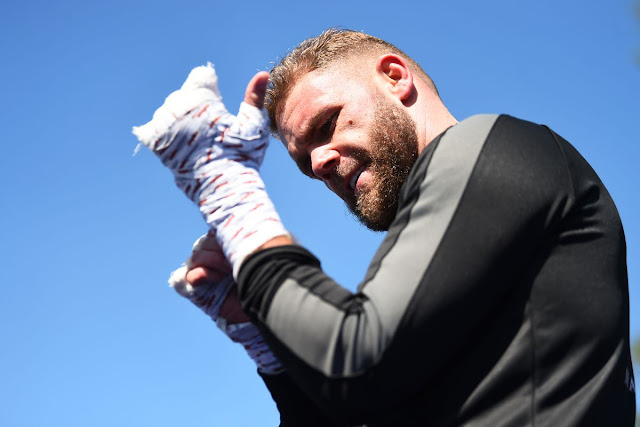 The WBO super middleweight Championship Billy Joe Saunders has issued a public apology for the prank he played at the airport on his trip back to the UK on Sunday.

The champion took to social media to apologize for calling the Airport to report a false case of Corona Virus involving his friend. Saunders called the airport to let them know his fried wasn’t feeling too well before their flight back from the US.

Saunders, was in the US with his trainer Ben Davison ,Josh Taylor and his un-named friend before the COVID 19 pandemic and due to that prank the boxer and his friends got bundled off the plane scheduled to bring them back home.

“I just wanted to clear a couple of issues up that I’ve seen flying around social media today,” Saunders said in a response video released on Saturday. “One of my best mates was in camp with me, supposed to fly back with me yesterday. He didn’t fly back because he felt a little bit poorly, woke up this morning feeling in a bit worse position. Anyway, he made his decision to go back. I didn’t want him to go back.”

Saunders was in Vargas training for an anticipated showdown with Boxing Superstar Saul Canelo Alvarez, an intended defence of his WBO Super middleweight title on May 2nd. However, the fight wasn’t fully announced before the Nevada State Athletic Commission decided to cancel all boxing activities till the COVID 19 Pandemic.