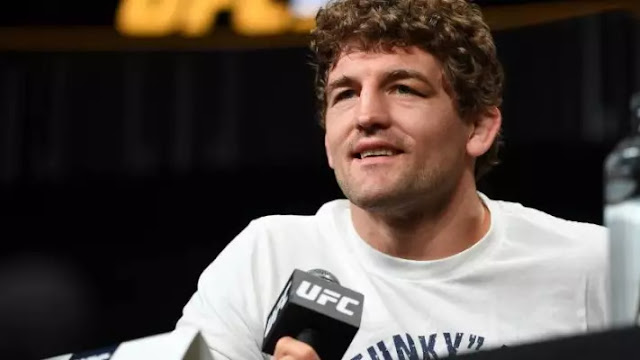 This is the case as Kamaru Usman is presently unbeaten in the UFC and just recently game off a stoppage victory over a game Colby Covington after 24 minutes of non stop action in his last outing back in UFC 248 Main Event.

In the build up to the fight, there was much controversial trashtalk exchanged between the two and almost got into a scuffle during the Promotion of their then upcoming event at the Palms Casino Resort in Las Vegas.

“I think Usman is like the worst promoter in the history of mixed martial arts,” Askren said. “Because for me, here’s the thing: Colby is literally the most hated promoter, personality, fighter in the UFC, right? And so when Usman is going against him, it’s like OK, you’ve got the bad guy Colby, and then you’ve got Usman – who, all he has to do is he’s got to play the good guy and everyone’s gonna love him and everyone’s gonna cheer for him, right?
“But Usman just could not figure out how to make people like him. Like, he just could not figure it out. It would be so easy to make Colby the bad guy – he’s already the bad guy. He already plays the bad guy. It’s so simple. Just play into that and you’re the good guy – you’re the face, everyone loves you. But Usman couldn’t figure out how to do it.”

Ben Askren was able to make an impact in the Octagon with his honest personality but that doesn’t mean he was able to replicate that when he came into the UFC. He was one of the most popular fighters on both the Bellator And ONE and almost made his first UFC title fight when Jorge Masvidal finished him up in five seconds.

Askren would have faced Usman for the UFC title, if he had defeated Masvidal in that fight but as things went his quick rise was halted in that fight and from then on his career spiralled out and he knew, he “blew” it.