Skip to content
HomeSports NewsWilder Vs Fury Winner Must Face Anthony Joshua For No.1 Spot – Hearn

Wilder Vs Fury Winner Must Face Anthony Joshua For No.1 Spot – Hearn 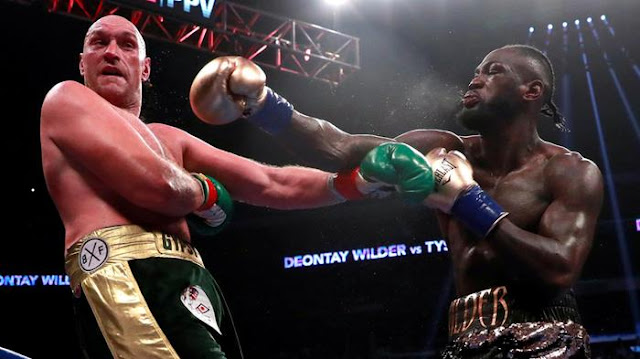 Eddie Hearn, the promoter to IBF,IBO,WBA, WBO Heavyweight Champion Anthony Joshua has claimed the British Champ will be ready for a unification fight with fellow titlist Deontay Wilder or the winner of the rematch with Tyson Fury this weekend at the MGM Grand Arena.

Joshua is preparing for a mandatory defence of his titles against Top contender and IBF mandatory challenger Kubrat Pulev in either June 13th or 20th in a location in London. That will only be the first of his mandatories as he has already been ordered to face WBO mandatory Oleksandr Usyk.

This however isn’t certain as Eddie Hearn explains his client could lose a belt in order to make a fight with the Wilder-Fury winner.

“Someone who has one belt can’t say they are No 1 over someone who has three belts,” Hearn said. “There is no question in the world that Joshua has a better resume than those guys, particularly Deontay Wilder.
“He was the No 1. He lost his belts, he won them back, he’s still the No 1. I can see the argument that one of those guys might be the No 1. But no one, hand on heart, can say they are they No 1 until they have met Joshua. That will establish who the No 1 is.
“We’re ready to go after the Pulev fight with the winner of that fight.
“We know they’ve got a rematch clause and maybe it can’t be done. But we’re ready to open negotiations straight after that fight if they want to.”

Fury has promised to go all out for a knockout and says Wilder will be out by the second round but Hearn believes that the ‘Gypsy King’ will actually did what he does repeatedly in all his fights, an act he believes makes his fights boring.

Hearn also believes Fury will be out Frustrating Wilder throughout the fight and that Wilder will need to come out aggressive in the opening rounds to take all his chances in the early rounds.

The WBC champion dropped Fury with a right hand and a left hook in the last round of their first fight back in Dec. 2018 with many including Boxing experts believing that the “Gypsy King” won’t be making it back to his feet before he actually did, surprising everyone. 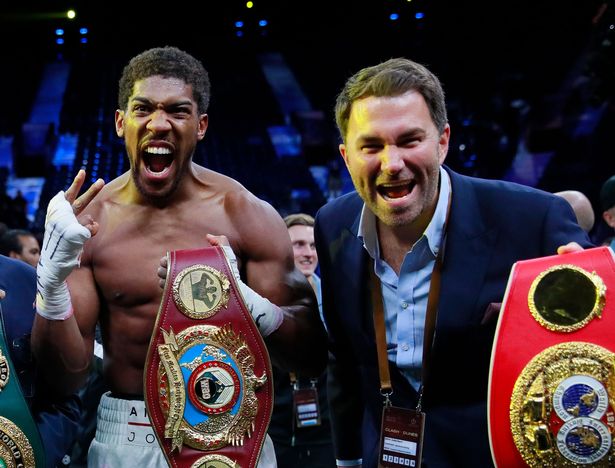 Despite that, Hearn believes that Fury wasn’t hit with Wilder’s biggest shot and that his highly proclaimed “rise from the dead” is just hype

“I didn’t think he got hit properly last time,” Hearn said. “Watch it back, he’s riding backwards and he gets hit with a right hand and then the left hook on the way down. If he gets hit flush on the chin, it’s a different story.
“It wasn’t a big shot and I don’t believe he was unconscious in the slightest. It’s just a wonderful story.”