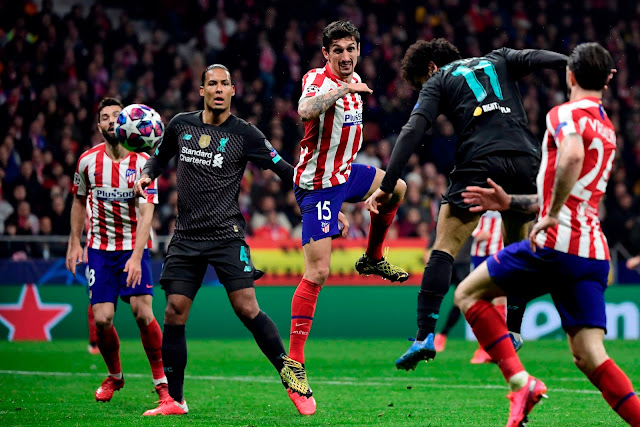 Atletico Madrid defeated their visitors and UEFA Champions League defending champs Liverpool FC in their round of 16 First Leg Clash at the Wanda Metropolitano Stadium on Tuesday.

Goal : 4′ Saul Niguez 1 – 0
Atletico Madrid needed just four minutes to take the lead, a good reward for their aggressive play from kick off.

A corner is fired in and while many contested, the ball danced into the feets of Saul Niguez and he scores with his first touch, firing past Allison to ignite frenzy among the Spanish Fans.

The ball was initially thought to be offside but after a quick review which showed the ball came off Fabinho made the goal Stand.