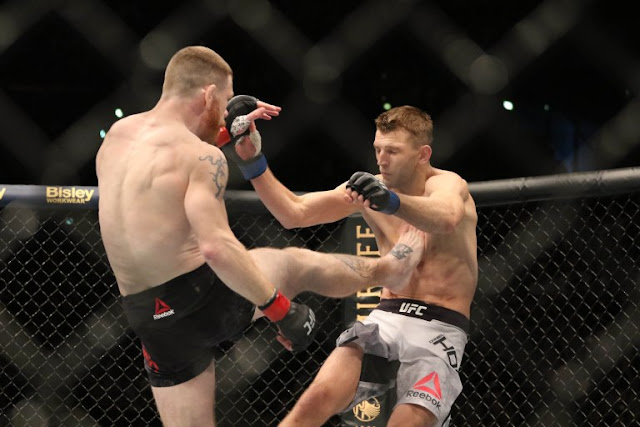 Dan Hooker and Paul Felder went through five brutal rounds of gruelling rounds of absolute war which ended in a split decision in favour of the homeboy Hooker in the main event of UFC on ESPN+ 26 main event in Auckland, New Zealand.

By the final round both fighters were already battered, bloodied and absolutely gave their all to the fight and at the end Dan Hooker emerged the winner with a split decision with two Judges scoring the 47-48 for Hooker ,while the other judge gave Felder the same score.

There was high tension between the fighters and that even caused their refusal to touch gloves before the opening bell. The fight kicked off with Dan Hooker making his intent known quickly with leg kicks and his serious attempts to swing the fight to his favour by targeting on place in the opponents body.

By the end of the first round, Felder’s right eye was already swollen and that hampered his vision and the damage gradually migrated to all corners of his face due to him eating punches round after round.

Hooker’s ability to take a punch and reply with at most two of his own seemed the difference or what influenced the scores on the Judges Cards.