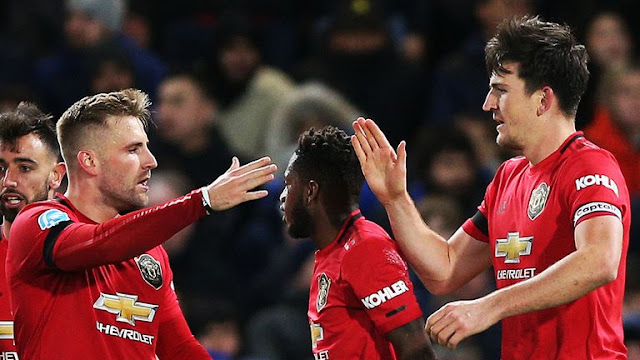 Goal : 45′ 0 – 1 Anthony Martial
Aaron Wan-Bissaka dazzles with the ball down the flank after United takes hold of the ball in the Chelsea Half. After Dazzling to his satisfaction plays in a perfect cross that Anthony Martial finishes perfectly to give the visitors the lead.

Goal : 66′ 0 – 2 Harry Maguire
Harry Maguire scores his first goal in United’s shirt. Fernandes crossed in a perfect ball and Maguire beats Rudiger to the ball, scored with a belting header to double the lead at Stanford Bridge.

Disallowed Goal : “77 Giroud
Chelsea seem to have pulled back one ,when James makes a run down the flank ,swings in a cross to Giroud, who scored with a nice header. However, VAR ruled out the goal as Giroud was a step ahead of the ball before scoring.