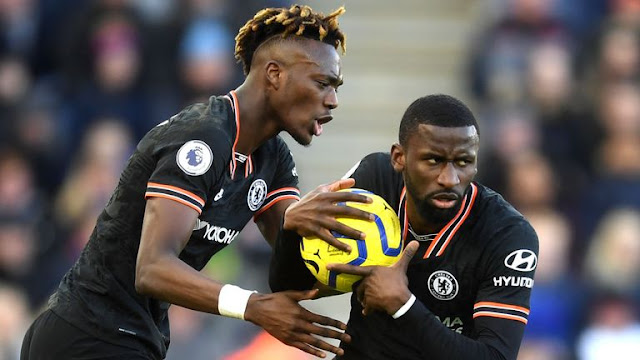 Leicester City fought back to secure a draw against Chelsea FC at the King Power Stadium on 1st of February, retaining their eight point lead over the Blues on the Premier League table and trail the Champions Manchester City with two points pending their result against Tottenham Hotspur on Super Sunday.
Chelsea FC started the second half brightly, taking the lead as early as a minute into the second 45 but could only retain the lead for eight minutes, when Harvey Barnes sent the Foxes leveled. The Foxes however took the lead after Youri Telemans, who was having a classic day, played the creator ones again with a perfect assist for Ben Davis to put them ahead.
The Blues got the game leveled via a header, thanks to a good cross Mason Mount which picked out Rudiger at the center of the box for a perfect header. That was all both teams had to offer for the game as they all settled for a point.
Watch Video Highlights Below

Chelsea FC go ahead at King Power Stadium, making the most out of an improperly cleared corner. Mason Mount shots a cross in after winning the ball from the poor clearance and Rudiger Heads the ball into the bottom corner.

Goal : 54′ Harvey Barnes 1 – 1
The Foxes go leveled after Youri Tielemans play a very big part in the buildup, plays the bal in for Harvey Barnes from the left side of the box and he fires the ball into the bottom right of the Chelsea Goal

Goal : 64‘ 2 – 1 Ben Chilwell
Few minutes after Madison takes a Booking, Youri Telemans takes a run down the flank and sends a cross in for Ben Davis, Who sends the shot right past Kepa into the top left corner of the visitors goal.

Goal : 71′ 2 – 2 Antonio Rudiger
Mason Mount takes a great cross from a set piece situation to Rudiger at the center of the box and he makes no mistake from that position, sending the ball into the top left corner.