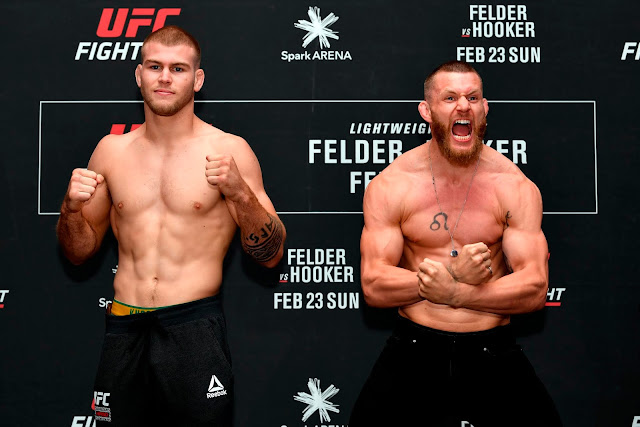 UFC hits Auckland, New Zealand for the third time this weekend for the UFC on ESPN+ 26 event Headlined by Paul Felder and Dan Hooker in a lightweight bout that definitely has some positive ranking implications for the winner.

The UFC lightweight division is highly competitive however both have been able to score some significant victories that has seen them claim up the lightweight rankings. Felder and hooker are ranked 6th and 7th respectively and will both be going into the fight on a two fight winning streak.

Hooker and Felder were both on the card when the UFC last visited New Zealand. the card was headlined by Derrick Lewis and Mark Hunt. Hooker’s Knee finish of Ross Pearson was among the five finishes of the night and Felder also found his way to the lime light on the same card. 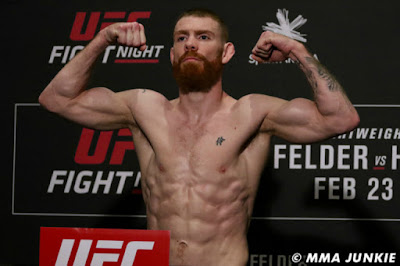 Featuring in a highly competitive weight class which involves top fighters such as Khabib Nurmagomedov, Tony Ferguson, Dustin Poirier and Justin Gaethje. They will look to elevate themselves up the ranking with a victory, which is in this case will only be available for one.

The UFC On ESPN+ 26 will take place at athe Spark Arena on February 22nd with the Prelims kicking off at 4pm ET, while a six fight main card crowns it all up at 7pm ET live in ESPN+. Check back for full fight card results.