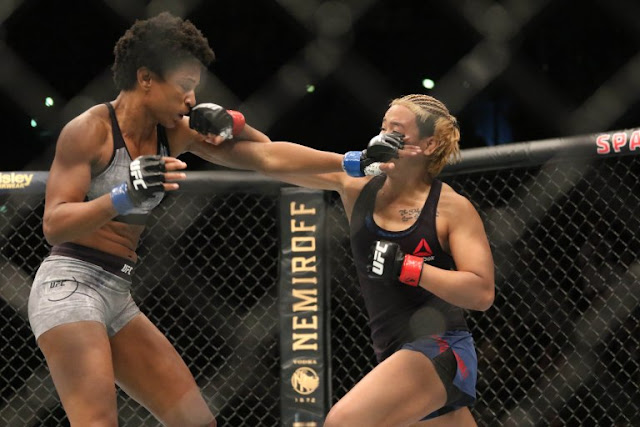 Angela Hill came out victorious in her history setting fight with a unanimous decision win over Loma Lookboonmee in the preliminary card of UFC on ESPN+ 26 at the Spark Arena in Auckland, with scores 30-27, 29-28, and 29-28..

Going in as a short notice opponent, the San Diego based fighter has featured in six fights in the last eleven months, surpassing Neal Magny’s record of the fastest six fight span with some days.

“I think a lot of people say they want to fight, but after a few years of being back in the UFC, I feel like (matchmaker Mick Maynard) is calling people, they’re saying no, and I’m the only one saying yes. I’m ready to go. I fight every day. This is my 9-to-5 job, training every day.”

Lookboonmee, who is known basically for her kick boxing skills saw herself in deep waters as Angela Hill constantly made herself difficult to target. Lookboonmee actually landed some kicks to the legs and body in the opening round. However , Hill drew closer and began landing on close quarters and before the end of the round scored a take down to help her course.

Hill continued her dominance in the second round while maintaining their stand up position. Lookboonmee eventually scored a takedown but Hill took two attempts at a submission – a rear naked choke before a triangle choke before getting back to her feets.

Hill continued accumulating points in the third round running on a smart pace and never committed to any move that might deter the out come of the result till the final bell.

Hill took the fight on short notice after Lookboonmee’s original opponent Hannah Goldy pulled out of the fight. Hill is now on a three fight winning streak and has accumulated a 4-2 record in her last six outings. The fight was also her 14th appearance in the Octagon,which is the most appearance in UFC strawweight divisional history. 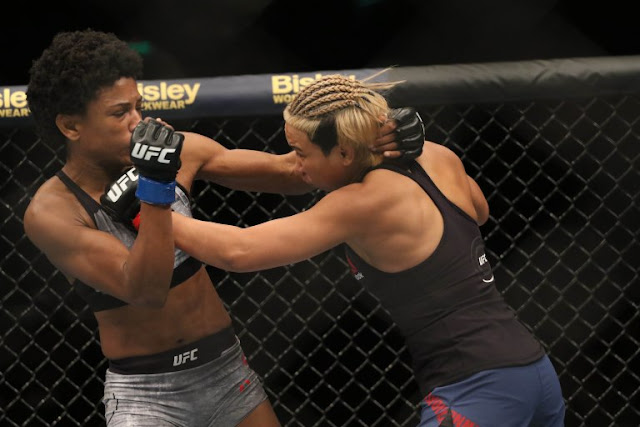