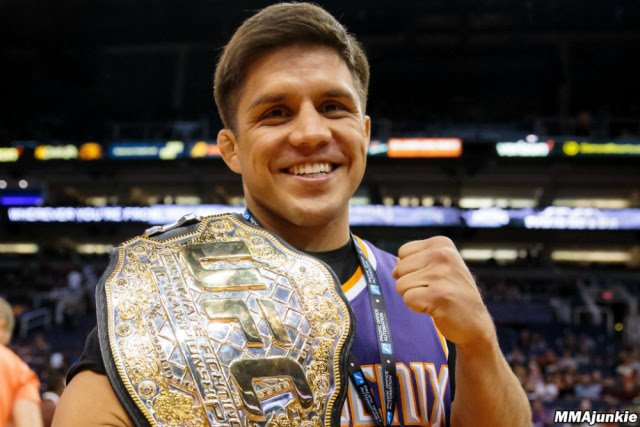 UFC Bantamweight champion Henry Cejudo will be making his first title defence against veteran fighter and former featherweight champion Jose Aldo at UFC 250,which is scheduled to take place in Sao Paulo on the 9th of May.

Cejudo will be returning for the first time since been sidelined with with a shoulder injury from his stoppage victory over Marlon Moraes at UFC 238 back in June, which also earned him the 135 pound title.

Jose Aldo (28-6 MMA, 10-5 UFC) will welcome Cejudo to Brazil, where he will plan to make make straight his Bantamweight career after  losing a controversial split decision to Marlon Moraes in his Bantamweight debut at UFC 245.

Cejudo called Aldo out despite losing the decision with both He and UFC president Dana White having the feeling that he won the fight.

Giving Jose Aldo a title shot coming off a loss has not gone well with many but this isn’t the first as Yoel Romero, who face Isreal Adesanya Ina middleweight championship bout on March 7th is coming off three straight loses