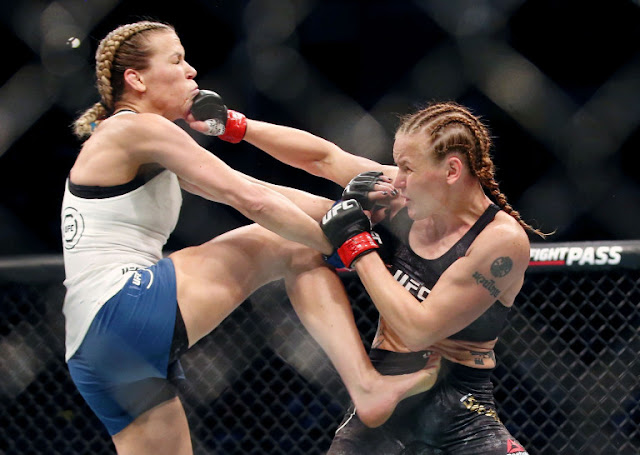 Valentina Shevchenko ones again proved the Women’s flyweight division is hers with a stunning third round Knock out victory over Katlyn Chookagian at UFC 247,which took place at the Toyota Centre in Houston on Saturday night.

Shevchenko (19-3 MMA, 8-2 UFC) defended the title for the third time and very dominantly against Katlyn Chookagian (13-3 MMA, 6-3 UFC) in a fight that served as the co-headlining bout of the UFC 247 event and after the fight expressed happiness in her performance, said she was open to fighting anyone .

“I feel there is a lot of very good girls in the 125-pound division, and I feel like I still have to fight them. But I’m open to anything,” Shevchenko said. “For two-and-a-half years, I lived in Houston. I started my US fighting career here in Houston with [LFA], and now to come back here with UFC…[I have] so much happiness.”

Valentina Shevchenko was dominant in all aspects of the fight and in all three rounds, gradually picking Chookagian apart with every strike. She also scored takedowns in all three rounds and even opened a cut above her eyelid with an elbow.

In the third round she scored a take down and locked Chookagian in a dominant position before raining down punches continuously till the the referee had no choice but to intervene, awarding Shevchenko with a victory (ground and pound)

Valentina Shevchenko defeated Joanna Jedrzejczyk to win the then vacant UFC Flyweight title at UFC 231 after giving Priscila Cachoeira a one sided beating to earn the title shot. She has since then defended the title twice with a knockout victory over Jessica Eye at UFC 238 in june and a one sided beating of Liz Carmouche at UFC Uruguay.

Chookagian h(6-2)w five out of six fights going into the fight against Shevchenko on Saturday night . She also came into the fight on the back of back to back wins against Joanne Calderwood and Jennifer Maia at UFC 238 and UFC 244 respectively. Her last loss came in the hands of Jessica Eye in 2018. 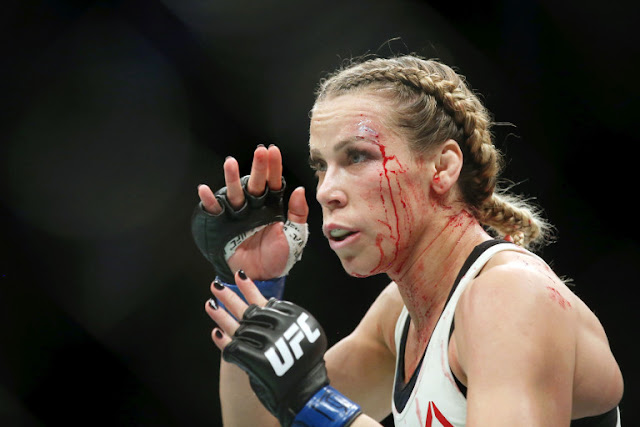 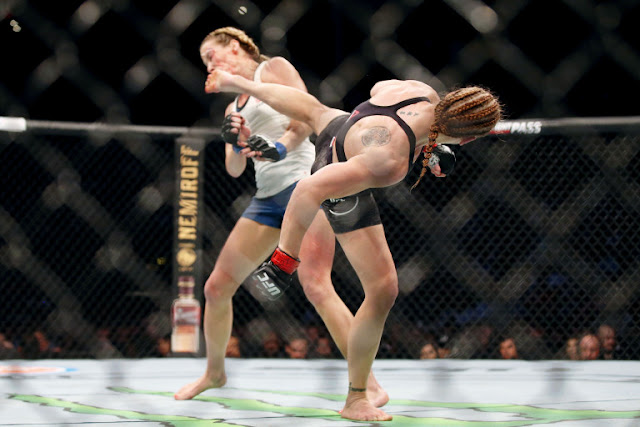 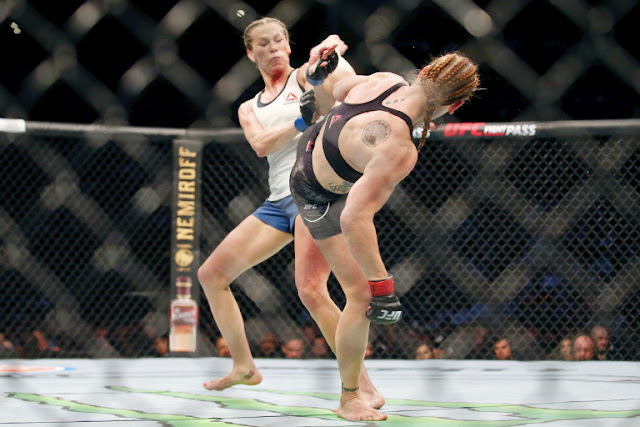 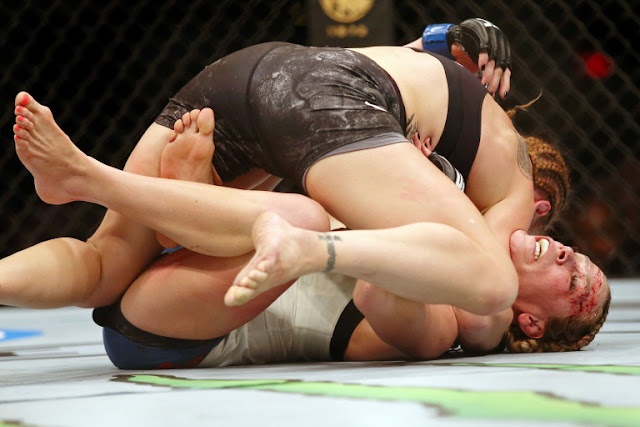 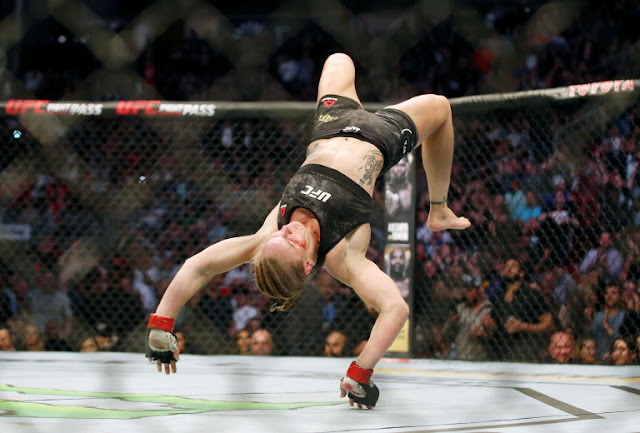 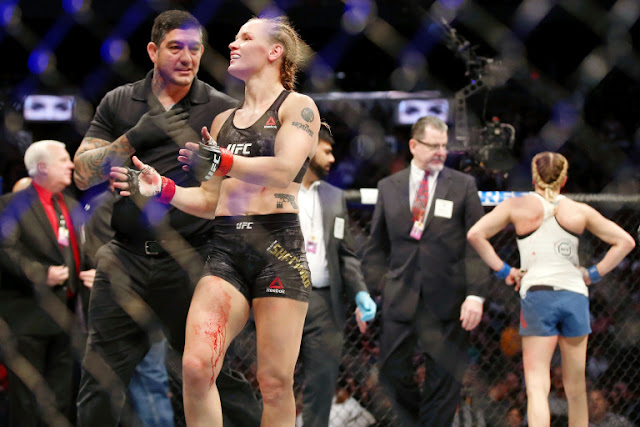 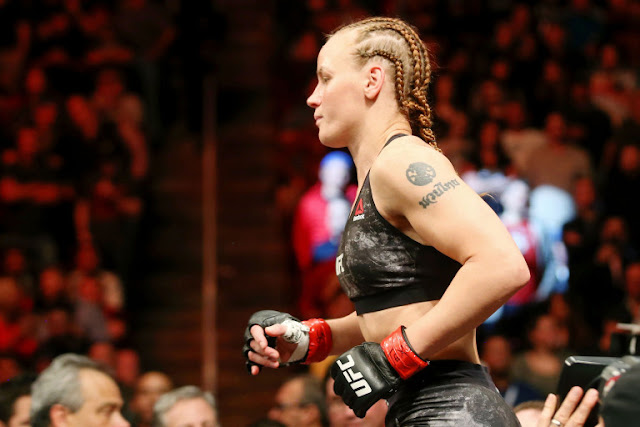 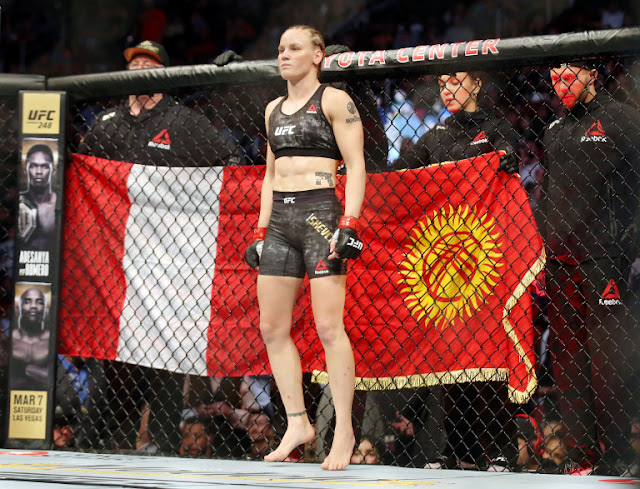 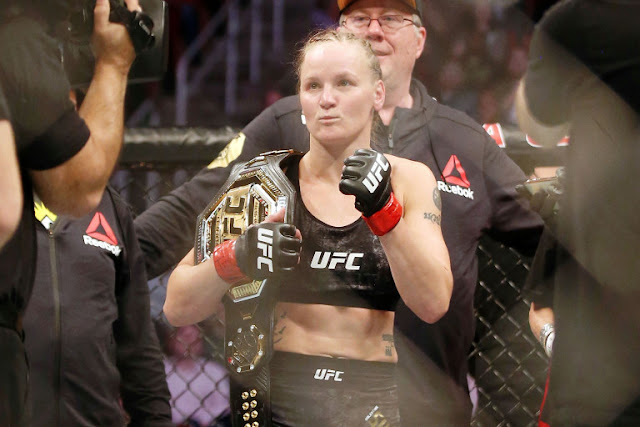 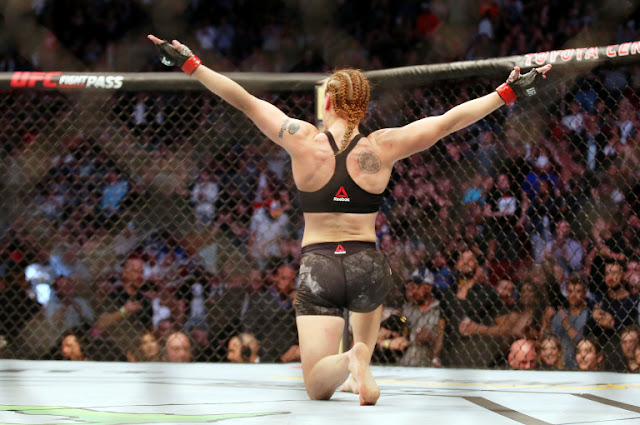