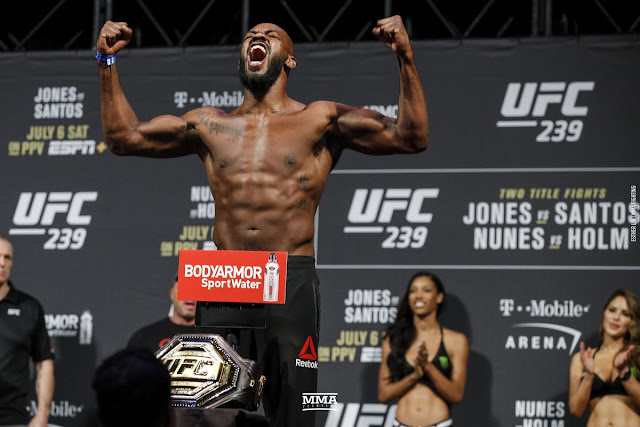 UFC light heavyweight champion Jon Jones will be hoping for another tough challenge when he takes on the unbeaten challenger Dominick Reyes (12-0)  UFC 247 main event on the 8th of February at the Toyota Centre in Houston, Texas.

Reyes will be hoping to be the first to dethrone Jones as he hopes to prove his record of four stoppage victories in six fights is no fluke. Reyes will also be hoping to make use of his athletic abilities and age advantages against arguably the best UFC Fighters of all time.

The fight card will be supported by another title fight, where Valentina Shevchenko defends her UFC women’ Flyweight title against Katlyn Chookogian as she will be hoping to continue her incredible run of stoppage victories while Chookogian ,who got this height with two straight victories will be facing the biggest competition of her professional career.

The remaining fights on the fight card might be less deemed a pay per view attraction but still hav some great fights to look out for. Derrick Lewis makes his home town return against Ilir Latifi ,while Juan Adams takes on Justin Tara.