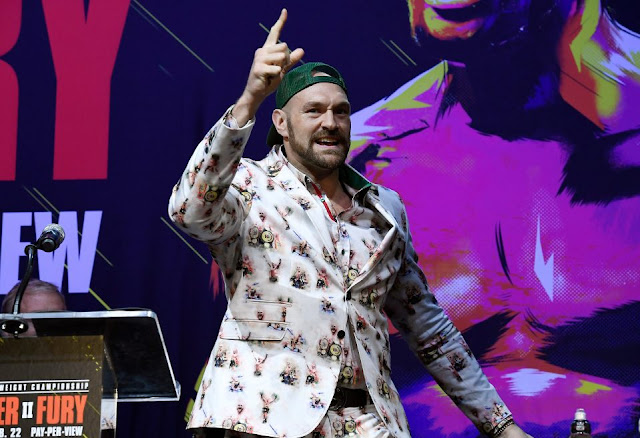 Canelo Alvarez has dropped his prediction for the rematch between WBC heavyweight champion Deontay Wilder and Former unified titlist Tyson Fury, also giving the obvious uncertainties attached to his prediction.

Their first meeting ended a controversial split draw after Deontay Wilder was able to equalised the score in the Judges eyes with two vicious knockdowns in the ninth round and the final round respectively at the Staples Centre back in December 2018.

Tyson Fury was sent down to the canvas twice and had so much issues with Wilder’s style of boxing. Canelo Alvarez, who is also used to super fights like this, believes that Tyson Fury Has all it takes to win but will have to produce a “Perfect Fight”.

“It’s going to be a very interesting fight,” said Canelo to ESPN Deportes. “If Tyson does things right until the last second of the fight, I see him with more possibilities [to win]. He must make the perfect fight.”

Alvarez has tipped Fury to be victorious in this fight but admits that many things could happen in the fight which could definitely change his prediction especially when fighting against Wilder, who has shown in many occasions that ending a fight only takes on punch despite being outboxed on the scorecards.

“Tyson moves very well and is very smart inside the ring. We know that Wilder has real impressive power, that at any moment he can finish the fight with a single blow,” reiterated Canelo.

The Rematch between Wilder and Fury has a Trilogy clause on both ways which enables the loser to trigger an immediate rematch.