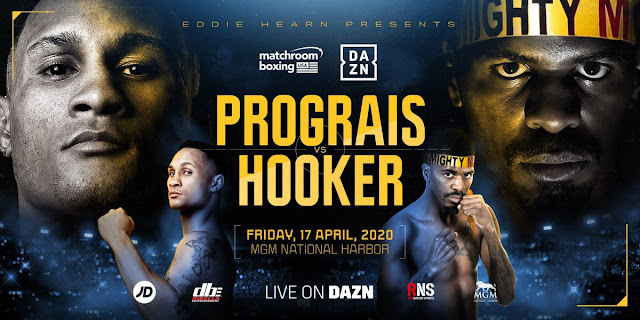 Prograis and Hooker ,who both saw their title reign and unbeaten record ended in separate unification bouts last year have long been in negotiation and according to reliable sources, terms for the fight has now been finalised.

Supporting the main event is a WBC Championship fight between England’s Campbell and Dominican Republic’s Fortuna, a fight that has long been agreed but delayed by the search for a suitable venue up until last week.

As announced by ESPN’s Dan Rafael, the fight will be announced this weekend during the fight card headlined by former multi-division titlists in Mikey Garcia and Jessie Vargas which takes place at the the Ford Center at The Star in Frisco, Texas (Saturday, 8:00pm ET).

Hooker (27-1-3, 18KOs) saw his title striped off him with a 6th round knockout loss in the hands of Jose Ramirez in July, ending his 13th month title reign after two successful title defences. He has since returned with a 1st round knockout victory over Uriel Perez back in December 2019.

New Orleans’ Prograis (24-1, 20KOs) however, wasn’t able to defend successfully his title after winning it with a 6th round Knockout victory over Kiryl Relikh in their World Boxing Super Series (WBSS) semifinal clash in April. His reign only lasted till the day of the Final, when he lost a decision in his unification with Josh Taylor.