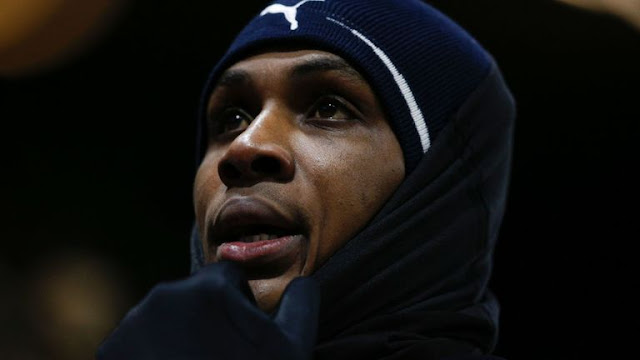 Manchester United will be looking to hand their deadline day signing a debut against Chelsea on Monday night after the winter break despite missing out on their warm weather training.

Odion Ighalo made a shock loan move to Manchester United on deadline day but wasn’t able to move along with Ole Gunnar Solskjaer and the team to Spain due to travel restrictions emanating from the fact that, China was still being plaqued by the Corona Virus while completing his move a forth night ago.

Due to fears of being held back by Spanish authorities, Solskjaer admitted was the reason behind his absence in the traveling team but added that the Nigerian striker will be making it straight into the squad against Chelsea.

“Yeah, he is going to travel with us,” he told club media.

“We will just see his fitness work this week and I think we will get him sharp.
“We want to integrate him as quickly as we can because, of course, he is desperate to play for us.”

Manchester United’s vice chairman Ed Woodward has told the Fan Forum to set the coming summer as a rebuilding period and also acknowledged the Club is still far a way from where it ought to be at the moment.

The United Board member also weighed in on the recent criticism on Ole Gunnar Solskjaer squad ,who presently sit eight on the Premier League table due to inconsistency throughout the season.

“The signing this week of Bruno Fernandes and return of key players from injury will be a boost to Ole and the squad as we head into the second half of the season,” Woodward said in remarks read at the meeting.
“We remain in contention in the Europa League and the FA Cup, as well as for Champions League qualification, so there is still lots to play for.
“However, as a club and a board, we do recognise that we are not yet where we want to be. It is the overwhelming priority of everyone at the club to get us back to regularly challenging for Premier League and Champions League titles.
“Although progress may not always be smooth, everyone across the club is focused and committed on playing their part in helping achieve those aims.

Manchester United will return to Premier League action against Chelsea FC on Monday night at Stamford Bridge on February 17.