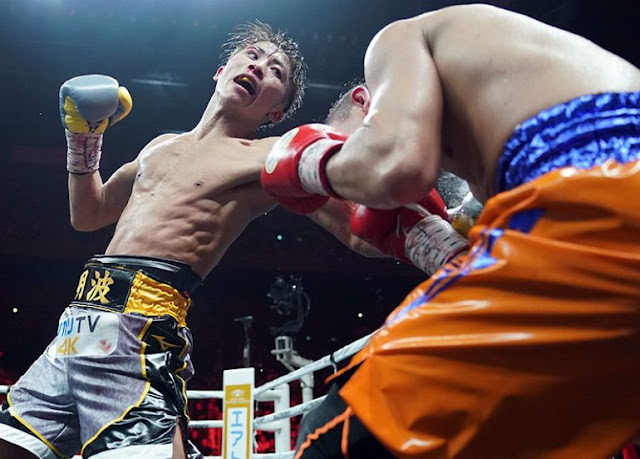 WBA/IBF bantamweight world champion Naoya Inoue will be making his Las Vegas debut with a unification bout with WBO bantam weight titlist and fellow three division champion Johnriel Casimero when they both share the ring on Saturday, April 25 at the Mandalay Bay Events Center

The highly rated pound for pound knockout artist will be fighting for the first time since making a long term agreement with Top Rank and He will also be heading into the fight, drawing confidence from his decision victory over Future Hall of Famer Nonito Donaire.

The fight between Inoue and Casimero will headline an ESPN+ streamed card which also has a fight between WBO No.1 and No.2 contenders Joshua “Don’t Blink” Greer Jr. and Jason Moloney fighting in the co-main event and completing the main card will be former super featherweight champion Andrew Cancio taking on Tyler McCreary. The streams begin from 9pm ET.

“The ‘Monster’ is coming to Las Vegas, and we couldn’t be more excited,” said Top Rank chairman Bob Arum. “He is a generational talent, a fierce competitor who is ready to take the United States by storm. Casimero is a seasoned champion, and Inoue knows he’s in for a firefight at Mandalay Bay.”

The 26 year old Inoue (19-0, 16 KOs) has had some spectacular career so far and started his world title spree in his fourth professional fight when he knocked out Adrian Hernandez to win the WBC light flyweight title. he defended that title ones before moving two weight classes up to face Junior Bantamweight champion Omar Narvaez, whom he blasted out in just two rounds. He then went up the pound for pound list with some notable victories which includes wins over Emmanuel Rodriguez and Juan Carlos Payano before entering the World Boxing Super Series. His win over Nonito Donaire in the WBSS final was the most testing of them all as he dug down after suffering a broken orbital bone to clinch the memorable win. Inoue is 14-0, with 12 knockouts in world title fights

“It is a tremendous honor and a dream come true to headline a card in Las Vegas against a great fighter like Casimero,” Inoue said. “It is my goal to be the undisputed bantamweight king, and I am coming to America to put on a great fight for the fans. I would like to thank Mr. Bob Arum and MGM Resorts for making my Las Vegas dream a reality. Now, the work begins, and I will kick off my 2020 schedule at Mandalay Bay in devastating fashion.”

The traveling Philipino Casimero (29-4, 20 KOs) has made a reputation on the road, winning world title bouts in Mexico, England, China, Panama and the Philippines coupled with interim title wins Argentina, Nicaragua and the United States. He most recently scored an upset win over South African Southpaw Zolani Tete to win the WBO bantamweight crown at Birmingham ,England in November. He is presently on a five fight winning streak.

“This is my dream fight. I have traveled the world and fought in 10 countries. I’ve won world titles at 108, 112 and 118 pounds,” Casimero said. “But ever since I saw my hero and fellow countryman, Senator Manny Pacquiao, fight in Las Vegas, that has been my dream. To everyone who thinks I am the underdog on April 25, I will shock the world and show the fans who the real ‘Monster’ is in the ring.” 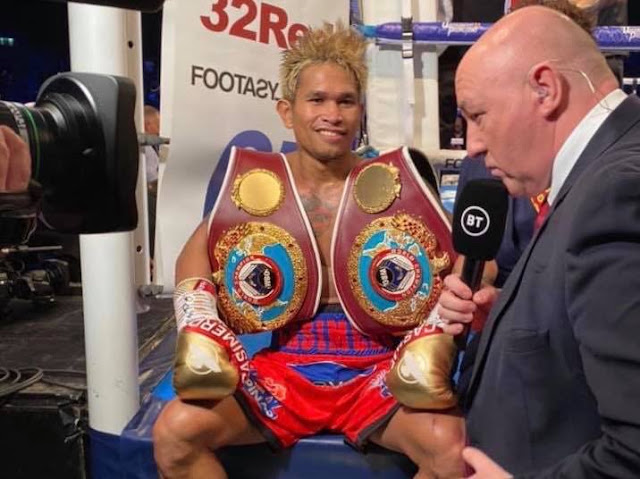 The winner of the fight between Naoya Inoue and Johnriel Casimero will just be a belt shy of unifying the Bantamweight division. The last belt is held by WBC world champion Nordine Oubaali .