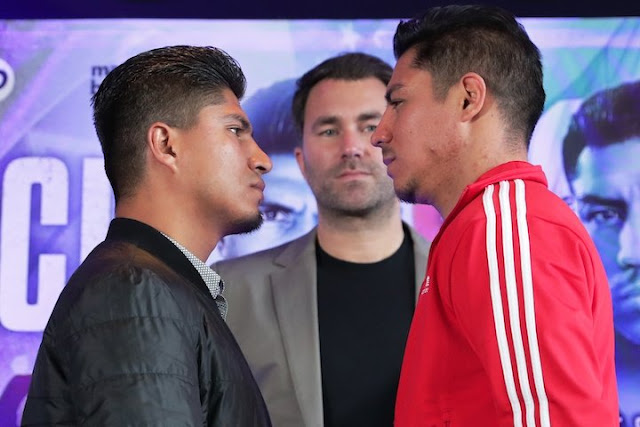 Mikey Garcia takes on Jessie Vargas in a fight that is to serve as a Welterweight statement after watching his first attempt go south with a one-sided unanimous decision loss to pound for pound entrant Errol Spence.

The former Four division champion will be looking to get back in the title picture after watching an attempt to win one in his fifth slide out almost a year ago while Jessie Vargas is also looking for a climb up the Welterweight ladder with a more significant win after out-pointing Ivan Redkach.

Garcia says move up two weight classes to face Spence back March 2019 has taught him so much many lessons and while there is little shame losing to a fighter of Errol Spence caliber, a win against Garcia will be a deciding factor on whether the welterweight division was a good move or a bad move for his career.

While Mikey Garcia will be fighting in his second fight in the welterweight division, Garcia has been in the division for quite awhile battling to draws Adrien Broner and Thomas Dulorme in 2018 coupled with a sixth round destruction of Humberto Soto in 2019 and now will be planning to show Garcia, he picked a wrong division when they collide at The Ford Center at The Star in Frisco, Texas, live on DAZN.

Garcia will be fighting for the first the since making a short term deal with DAZN and the fight card will also feature the return of Roman Gonzalez, who takes on WBA Junior Bantamweight titlist Kal Yafai in the co-main event.