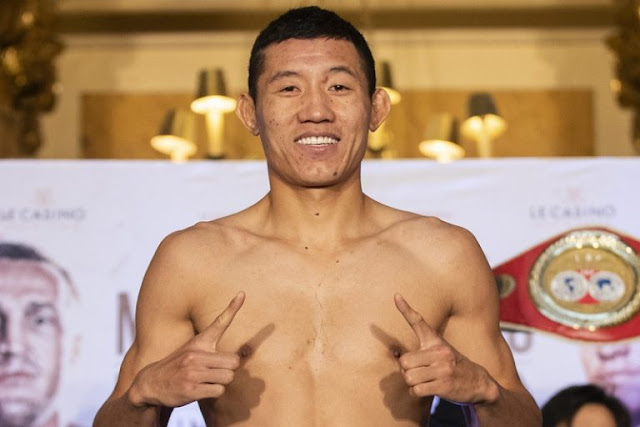 Chinese unbeaten Light Heavyweight contender Meng FanLong  (16-0, 10 KOs) will collide with the WBC/IBF light heavyweight champion Artur Beterbiev on the 28 of March at the Videotron Center in Quebec City, Canada. The fight Card which is promoted by Top Rank in association Groupe Yvon Michel and Gestev, will kick off at 10pm ET live on ESPN.

FanLong isn’t going out there to dance for just a title shot, he is carrying the hopes of his Country, which is presently been ravaged by the Corona Virus out break, which has force a total shotdown in his hometown.

“The majority of my country has been shut down for weeks.” Says Meng. “My fellow citizens need something to help them escape from this very difficult time.  I hope to bring some positivity, happiness, and joy to them with this fight.  I want to put pride in their hearts.”

FanLong will be facing a huge task when he steps in the ring with the dangerous knockout Beterbiev on the 28th of March. Beterbiev (15-0, 15 KOs) with a 100% knockout rate , has knocked out all his opponents and in his last bout blasted out Oleksandr Gvozdyck in a unification fight in October.

However, FanLong facing one of the biggest punchers on the World is a huge task and that in comparison to  the big issue facing his country could be equated but a victorious result for the Mongolian will spark life, hope and something to look onto for people in his hometown.

“Fanlong is the best Chinese fighter in the world – everyone will learn that on March 28th.”  Says Meng advisor Tommy Lane.  “This is a historic fight because he is the first Chinese boxer to fight for the light heavyweight championship. And with what is going on with coronavirus, this is a fight that can bring joy and positive energy to the people at this challenging time.”

The Corona Virus outbreak has been ravaging China for weeks now and the death toll is gradually increasing but FanLong is positive, his country bill make it out.

“My country needs me.  We will get through this.”