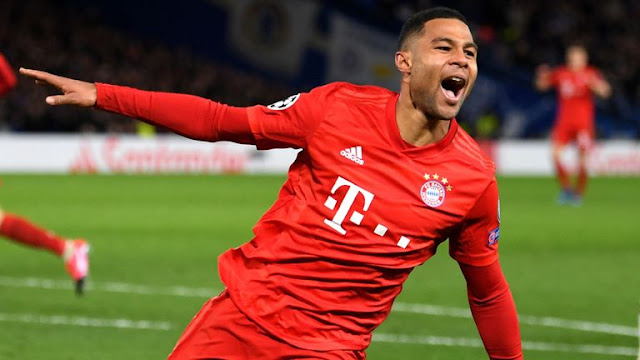 After a goaless first half, Bayern Munich took the lead with a right footed shot from Gnabry right from the centre of the box after a wonderful assist from Robert Lewandowski, with the two also combining four minutes later to double the lead.

Chelsea lost a couple of chances and possibly work out a two goal comeback but their woes were made seemingly impossible to reverse when Lewandowski , who assisted the first two goals found himself on the score sheet with a close range finish.

The home side saw their situation go from bad to worst when Marcus Alonso‘s yellow card was upgraded to a red card by VAR after a violent attack on Robert Lewandowski.

The game ended 0 – 3 in favour of the visitors and this leaves Chelsea with a huge Hill to clone when they visit Bayern Munich at the Allianz Arena for the second leg of the UEFA Champions League Round Of 16.