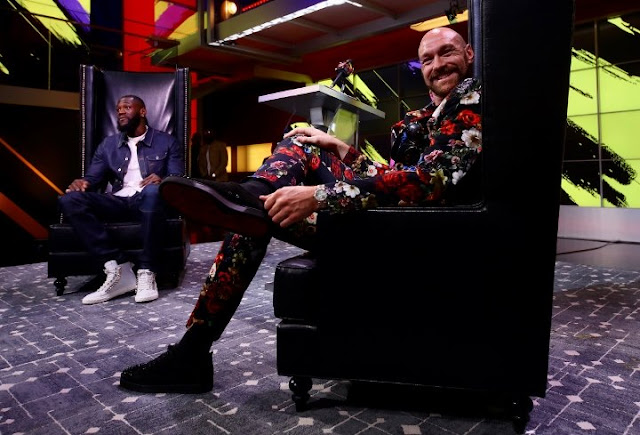 Former Heavyweight world champion George Foreman has predicted victory for Tyson Fury in his upcoming rematch with WBC heavyweight champion Deontay Wilder but only by controversial decision ,when they meet on Saturday Feb, 22nd at the MGM Grand Arena.

Their first encounter ended controversially after Fury outboxed Wilder throughout the fight with Wilder leveling up with two vicious knockdowns in the ninth and twelfth rounds respectively. However, many believed Tyson Fury had done enough to win and Wilder believed that the Referee would have waved the fight off after his deadly knockdown in the final round.

The fight was eventually scored a draw but this time both have vowed to end the fight with a knockout, with Fury precisely promising his in two rounds. However, Former Heavyweight Champion George Foreman doesn’t believe Fury will knock Wilder out but expects him to win with a controversial decision.

“The world will be talking about heavyweight boxing after this match,” Foreman said to Bookies.com.

“It’s going to be good for boxing. I love it. I pick Tyson Fury to win on points. Millions will watch it, and it’ll probably be a controversial decision. That’s not going to be easy [to avoid the right hand]. That Deontay Wilder can punch. Oh, he can hit, and he can hit hard. I think they’re going to tear the wall down there because that rematch will be seen by a lot of people.”

The fight is viewed by many both past and present Fans of the sport as one of the Biggers fights in history and as stated in the Foreman’s speech, it will change the way many views about the sport and the Boxing Heavyweight division as a whole.