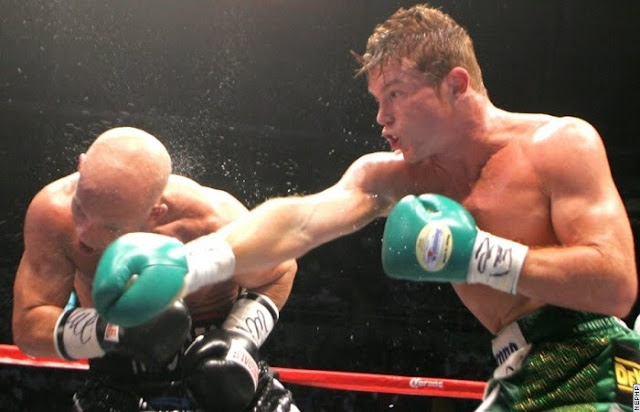 Boxing Star and middleweight king Canelo Alvarez has been rumoured to be in talks for a potential with Ryoto Murata in his next fight but super promoter Eddie Hearn still hopes that the Mexican face one of his super middleweight champions, Billy Joe Saunders (29-0, 14 KOs)  or Callum Smith (27-0, 19 KOs) .

With all the hopes of wanting Canelo Alvarez back defending his titles at middleweight, Hearn believes Canelo is actually done with fighting at the 160 pound division after moving as high 175 pounds to fight Sergey Kovalev in his last fight.

“For me, and this is only as a fan, I don’t think you’ll see Canelo Alvarez at 160 again,” Hearn told BoxingScene.com while in Miami to promote the Demetrius Andrade-Luke Keeler card . “You know, when you’ve boxed at 175, to drop 15 pounds to come back to middleweight, I think he’s gonna box at 168. He’s got loads of opponents there. But again, that’s just an opinion as a fan.”

Canelo Alvarez weighed in at his highest (74½ pounds) to fight Sergey Kovalev (34-4-1, 29 KOs),whom he defeated via an eleventh round Knock Out to win the WBO light heavyweight title at the MGM Grand Arena on November 2nd.  However, Alvarez has since vacated the title and is expected to drop down to middleweight of super middleweight for his next bout.

Ryota Murata (16-2, 13 KOs) has been able to claim a version of the WBA middleweight title but the potential clash with the Mexican star is expected to b around the 168 pound super middleweight limit.

Canelo Alvarez knock out Rocky Feilding within three rounds to win a WBA secondary title in his super middleweight debut , which isn’t considered by all as a world title. However, taking on any of the two champions (Saunders or Smith) on the Matchroom stable will give him a better hold on his four divisions championship claim.

Alvarez stopped Rocky Fielding in December 2018 with a body shot, dropping him three times en route to the victory at Madison Square Garden to win the WBA regular title, while Billy Joe Saunders, who also stopped Fielding in the first round three years earlier is the WBA true champion at the 168 pound division.

“We’ve had a couple conversations with Golden Boy,” Hearn said. “Obviously, you’ve got Callum Smith and Billy Joe Saunders, both ready-made opponents for Canelo at 168. They’re talking to Murata as well, which is a strange choice, but I could see how it works with Japan and stuff like that.”