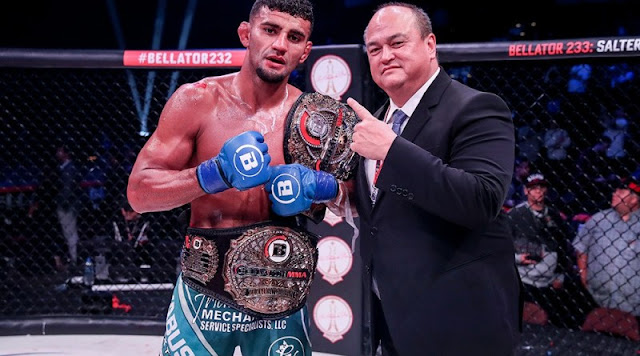 Rafael Lovato Jr. was forced to relinquish the middleweight title after been diagnosed with a serious medical condition and Douglas Lima looks to cease the opportunity, moving up in weight to face Gegard Mousasi.

Lima (32-7 MMA, 14-3 BMMA) and Mousasi (46-7-2 MMA, 4-1 BMMA) will collide in the Co main event of a Bellator card schedule to take place on the 9th of May in San Jose California with Prelims airing on MMAJunkie, while the main card will air on Paramount.

Douglas Lima defeated Rory McDonald in the welterweight Grand Prix Final to win the Bellator welterweight title for the third time in October and has since then been on the hurt for a new experience and some thing new and this opens up a perfect opportunity for him.

Lima made clear he was considering a move up in weight to search of another title and with this opportunity he could join Ryan Bader who rules over the Heavyweight division and Patricio Freire,who is the lightweight/featherweight champ a one the third simultaneous double champions.

Gegard Mousasi was looking forward to a rematch with Rafael Lovato Jr. for the title after rebounding from the loss with an avenging win over Lyoto Machida but Lovato’s case books him a date with Lama. 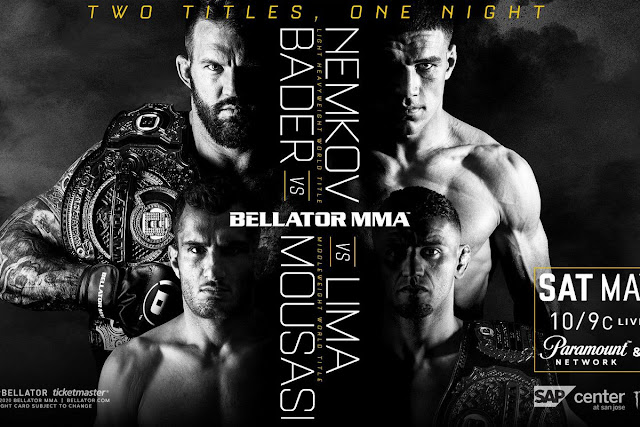