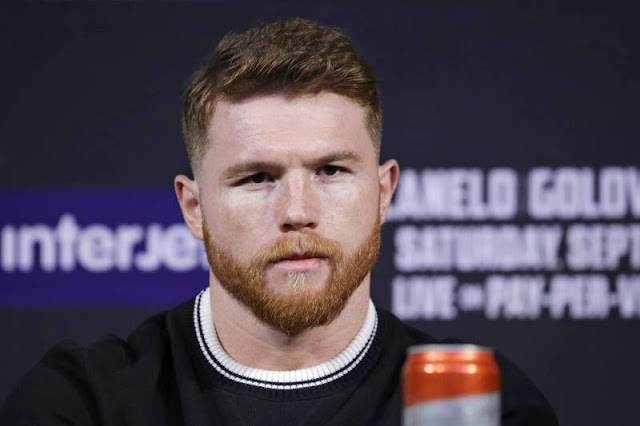 Mexican Star Canelo Alvarez has recently been looking for a befitting opponent for his return to the ring on May 2nd as part of the Cinco De Mayo weekend but seem angered by the huge figures potential opponents are demanding just to get in the ring with him.

Canelo has admitted this is causing some major issues as the his offers to super middleweight champions Callum Smith and Billy Joe Saunders were both turned down with hopes of securing a bigger purse split.

Canelo Alvarez gave Daniel Jacobs and Sergey Kovalev some huge splits back in 2019 but has voiced out his frustration while trying to secure a fight as the fugures in 2019 has forced potential opponents into looking for huge sums of money.

“Because they want a lot of money. When they go to fight with Canelo they want the moon and the stars, that is the complication – but there are many opponents and there has to be one out there. I’m ready for anyone,” Canelo said to ESPN Deportes.

Canelo has also admitted expressed interest in fighting in Japan but wasn’t able to come to terms with his potential opponent Ryota Murata but promised to still keep on pushing for the fight for a date in December.

“I want to end the year by fighting in Japan if God is willing, that is the idea,” Canelo said.
“I’m going to fight on May 2 and we will announce the opponent. There is not one [opponent] defined yet. Maybe not this year, but the next [year I will fight in Mexico]. There are possibilities to return to Mexico. I am delighted to come to Mexico. It can be anywhere in Mexico.”