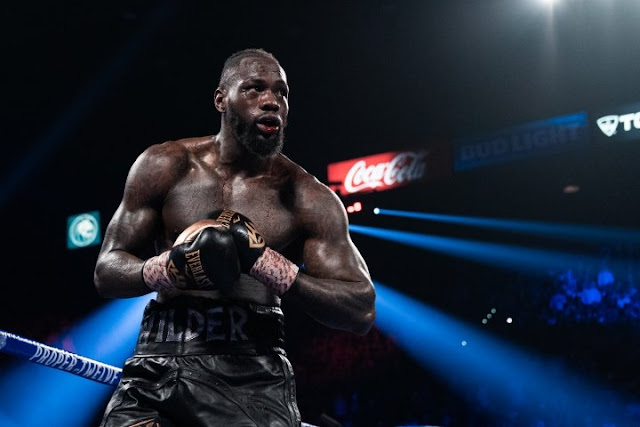 Ben Davison,who trained Tyson Fury ahead in for the first WBC championship fight against Deontay Wilder believes there was no confidence in the Former Champ in the Rematch and things that emanated from the mind games Fury played on h during the Weigh In on Friday.

Ben Davison was Fury’s trainer for his last five fights but last month Fury changed him for Veteran trainer SugarHill Steward ,who works out of the Kronk Gym.

In the first fight, the two giants battled to a controversial split draw with Wilder sending Fury to the Canvas twice in the ninth round and in the 12th round. However in the rematch, things went the other way round as Fury dropped Wilder twice and ended the fight in the seventh round as his corner threw in the towel.

“It was sort of like round 13,” Davison told talkSPORT. “Wilder did not look very confident and Tyson had actually said to me ages ago he was looking to have a fast start.
“Start fast and re-implement everything into Wilder’s mind and it worked an absolute treat because when Tyson took a right hand from Wilder, Tyson believed he could take Wilder’s power.
“He took a right hand in the first round and went flying straight back at Wilder and I think that just increased those doubts which started in the twelfth round of the last fight and it sort of went from there.”