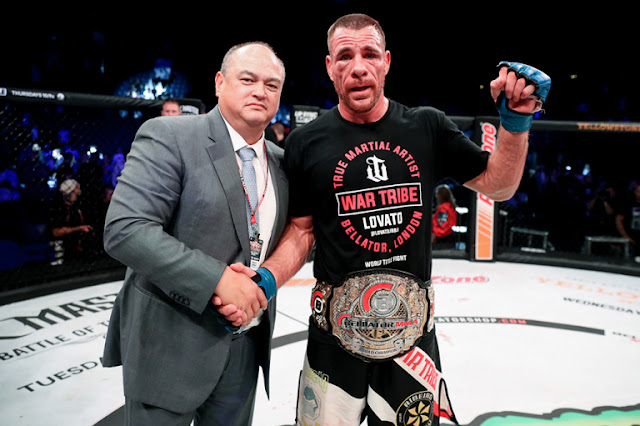 The undefeated champion Lovato (10-0 MMA, 6-0 BMMA) was diagnosed we with some anomaly formed blood vessels which is usually associated with the Brain or spinal cord, as announced by Bellator officials on Monday.

“My journey with my team and family to become the Bellator middleweight world champion was incredible and something I will cherish forever,” Lovato stated. “I dreamed of having a long reign as champion, but sometimes life has another plan. Bellator has been very supportive during this difficult process, a situation that has never really happened before in our sport.
“I know the division must move on while I am on the sidelines and I wish everyone great fights on their way to that belt. I will be working to come back if it is possible – and if not, life will continue to be amazing for me and I look forward to working with Bellator in another fashion.”

We now wait for Bellator President Scott Coker and the Bellator Management to announce what’s next for the vacant title sometime in the nearest future.

“This has been an incredibly challenging time for Lovato, his team and his family at home,” Coker stated. “He is a true warrior of the sport and I cannot say enough about him for making such a difficult decision. His health is the priority for us and we will continue to work with him on addressing the next steps in his career.” 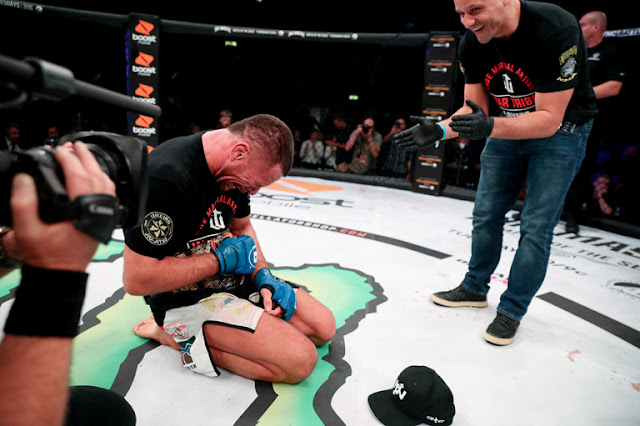